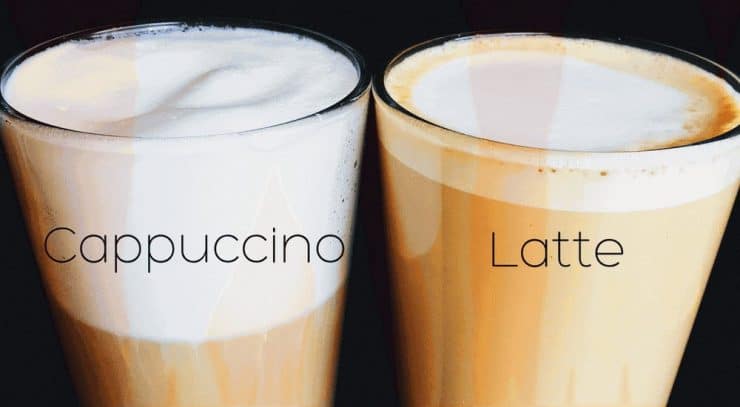 Mark Morphew
4 min read
Bean Ground is completely reader-supported. When you buy via the links on our site, we may earn an affiliate commission at no extra cost to you. Learn more

Surprisingly, many regular coffee drinkers don’t know the difference between a cappuccino and a latte. Found on almost any high street coffee shop menu, these coffee-based drinks are often thought of as the same with a slight variance in the ingredients.

​However, the differences between these two types of coffee drinks are actually quite staggering. From the ingredients that make up both a cappuccino and a latte to how they’re made and even the history of these two very distinct beverages is different.

​So what’s the difference between a cappuccino and a latte?

​Both drinks are from Italy, and both drinks use steamed or textured milk. If only it were that simple, the truth is that the differences between the two drinks are a little more complicated than that. Let’s start with the history of both.

​A Bit of A Coffee History Lesson

Before we get ahead of ourselves, let’s rewind so you can understand the history of both the cappuccino and the latte, where they came from, and how they became so popular.

The very first “cappuccino” was born in Austria in the early 19th century, where it was called a “Kapuziner” (1) and varied slightly to what we know as a cappuccino today. It contained sugar, spices, cream, and coffee. The word cappuccino is just an Italian translation of the word Kapuziner.

​However, the cappuccino gained traction in Milan in 1901 when inventor Luigi Bezzera created the first espresso machine, which soon became a standard fixture in almost all Europe’s coffee shops.

​In the 1930s in Northern Italy, the cappuccino then evolved into what we know as a cappuccino today, a mixture of steamed milk and espresso coffee. Even though the word cappuccino was simply a translation of the Austrian drink Kapuziner, the cappuccino as we know it today was Italian born.

​The word “latte” is a shortened version of the Italian word “caffe latte,” which translates in English as “milk coffee.” The caffe latte is nothing new, and Italians have been brewing and consuming this coffee beverage in Italy for centuries.

​However, the modern-day latte (as we know it) that we see on the menu at high street coffee shops such as Starbucks has a modern twist on the classic Italian original.

​The latte typically served in the United States is a combination of espresso coffee made using a modern-day espresso maker and steamed milk. In contrast, the classic Italian caffe latte is simply a mixture of hot milk and regular coffee, often brewed using a stovetop Moka pot at home.

Different Ingredients in Lattes and Cappuccino

​Now that you have a better understanding of cappuccino vs. latte and a bit of history on the two, let’s look at the ingredients that make up these popular coffee beverages.

​They’re both very similar, and yes, there is an overlap in the ingredients used, but there are enough differences to make both coffee drinks distinct in their own right. Let’s take a closer look. 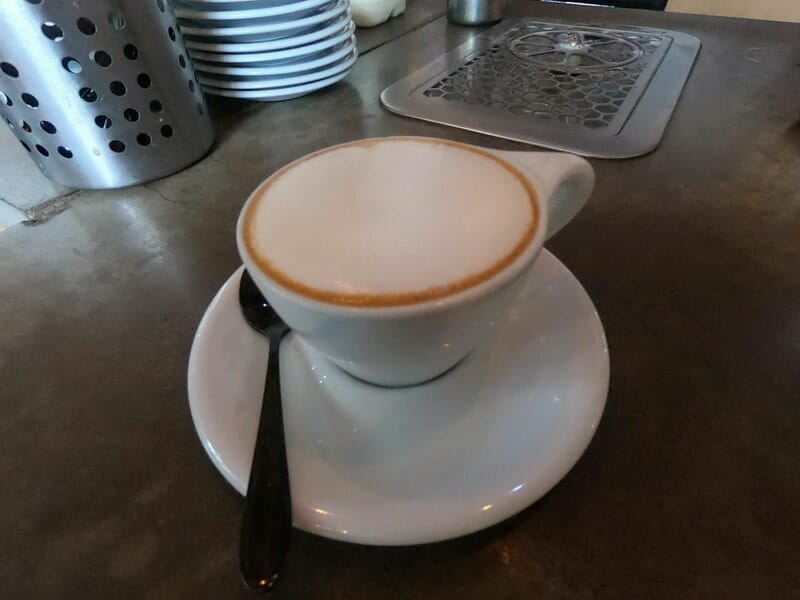 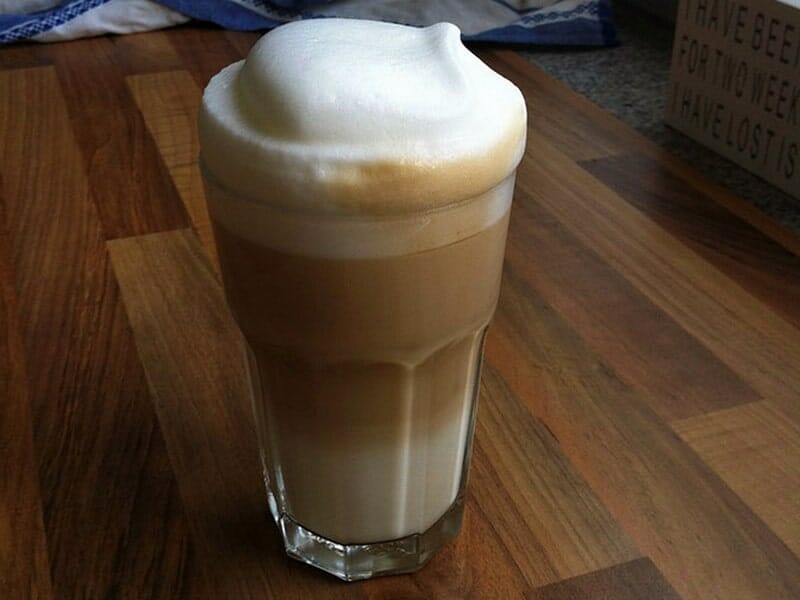 The latte can be made from any coffee, not just espresso like the cappuccino. To be honest, lattes don’t even require coffee, and you will find lattes made with matcha, tea, and cocoa at many big brand high street coffee shops.

​However, to keep things simple, the standard American latte is usually made up of one-third espresso coffee and two-thirds steamed milk with a milky layer of foam on the top. Whereas the classic Italian latte (caffe latte) is made with any type of coffee and doesn’t have a layer of foam, it’s just mixed with hot milk.

Final Thoughts on Cappuccino’s and Latte’s

Sure, the similarities between a cappuccino and a latte are only very slight, but knowing the key differences is what’s going to make you a coffee geek next time you’re in a coffee shop with your friends pondering over the menu.

​But remember, lattes tend to be high in calories and fat due to all of the milk content, so having too many will probably increase your waistline. That being said, almost all high street coffee shops do have the option of low-fat milk. However, I think I’ll stick with my black Americano coffee!

How To Keep Coffee Hot For Absolutely Ages

There is nothing worse than a cold cup of coffee, drinking lukewarm coffee isn’t the best experience in the world, and it’s probably one of the biggest reasons why coffee is poured down the sink. Let’s be honest, It...

A Beginners Brew and Roast Guide to Coffee Acidity

When you think of the word acidity your mind probably associates that word with tangy, sour, sharp, or bitter – but, I bet you don’t immediately think of coffee? The strange thing is, coffee does often get branded as...