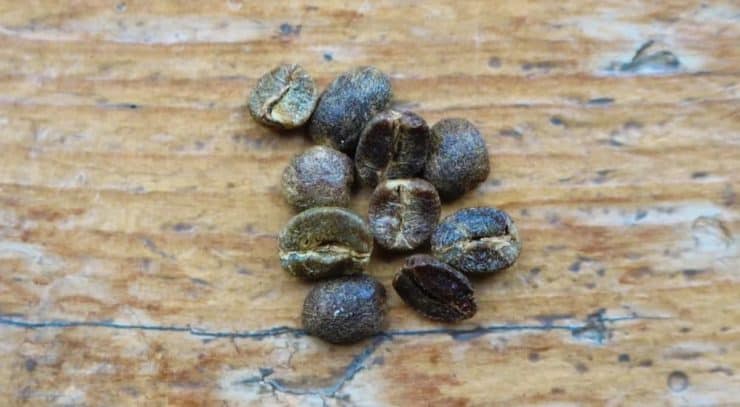 Mycotoxins in Coffee What You Need to Know

Despite having a bad reputation in the past, coffee is now touted as being healthy and packed with much-needed antioxidants. Some studies have even shown that coffee drinkers live longer and have a lower risk of serious diseases, so having a few cups of coffee a day is actually going to be beneficial to your health, not detrimental.

​However, recently there’s been a lot of buzz in the media about Mycotoxins in coffee. These potentially harmful chemicals can pose a higher risk of disease and are harmful to us if we ingest enough of them. Some experts also say that a lot of the coffee on the market is contaminated with Mycotoxins, and it’s a gamble if you can find and buy coffee beans without Mycotoxins present (wow, scary stuff!).

When I first heard about the risk of Mycotoxins in coffee, I was shocked. I love coffee as much as anyone else, and the thought of potentially ingesting these harmful chemicals nearly made me reach for the tea bags. So I decided to look into coffee Mycotoxins to see if there’s any truth to the matter and if we should all be concerned about these poisonous toxins lingering in our coffee.

The term Mycotoxins sounds scary enough as it is and might even discourage you from buying coffee ever again. However, before you ditch the coffee, the truth is Mycotoxins in coffee are nowhere near as scary as you first might think.

​Mycotoxins are naturally occurring fungi or mold that can be found living and growing on almost all the crops grown around the world. There are roughly 300 Mycotoxins that are currently known, and they all have different modes of action and different chemical structures. Mycotoxins are most commonly found in areas with high moisture content, warmer temperatures, and relatively high humidity; all of these factors make for the perfect breeding conditions for Mycotoxins to grow and thrive.

​Now it’s important to note that not all fungi and molds are detrimental to your health. After all, penicillin was discovered from mold and also not forgetting edible mushrooms that have some significant health benefits. However, when it comes to Mycotoxins in coffee, it should be noted that they are a different strain of mold. The dosage of this mold determines the level of toxicity in us humans.

​With that being said, when we talk about Mycotoxins in coffee, the heart of the debate is whether these toxins are entirely removed from the coffee before it makes it into your morning brew. Let’s take a closer look.

​In the early stages of coffee production, the beans are green in color and essentially in a raw state. At this early stage, mold can form as the coffee beans are being stored and transported to be roasted or even when the coffee is sat waiting to be processed into ground coffee.

​Two types of Mycotoxins can be found in coffee, Aflatoxin B1 and Ochratoxin A.

This Mycotoxin is a known carcinogen, and studies have shown that it can have harmful effects in large doses.

This is a Mycotoxin that’s commonly found in coffee as well as grains, fruits, spices, and even beer. This type of Mycotoxin can also be transmitted to eggs and meat via contaminated feed.

​All this might sound scary, but in most cases, you have nothing to worry about. 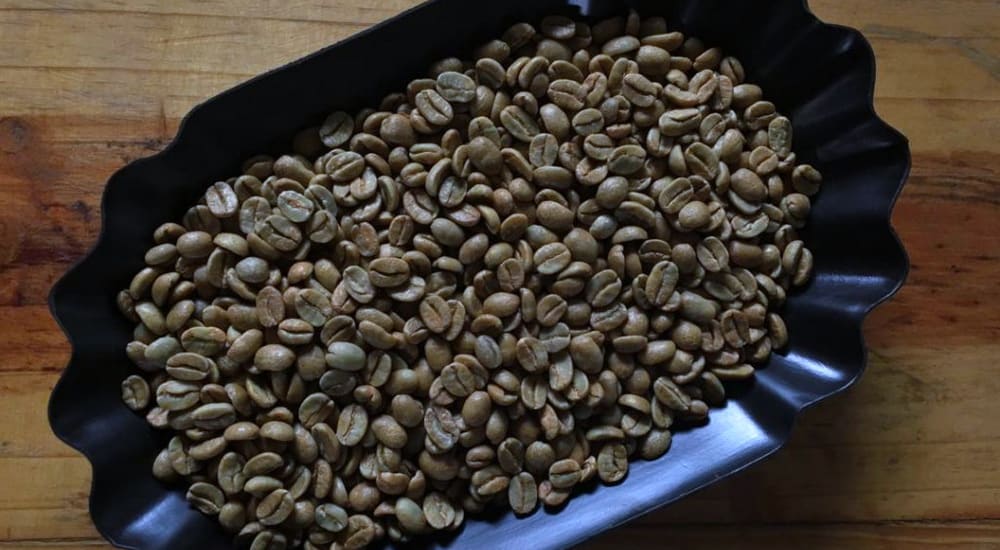 How Can You Reduce the Risk of Mycotoxins in Coffee?

So there is a chance that the coffee you are drinking may contain Mycotoxins (albeit a minimal amount), but how can you reduce your risk of getting Mycotoxins in your coffee or even eliminate these unwanted toxins completely?

​Below I have listed some simple, proven steps that will allow you to enjoy your cup of coffee without having it ruin your health.

​Don’t drink decaffeinated coffee (I don’t know why you would want to?). As I mentioned above, the caffeine in coffee helps to prevent large amounts of Mycotoxins from growing. Simply put, caffeine acts as a Mycotoxin inhibitor.

​Always try and drink coffee that’s been processed via the wet method. Mycotoxins are typically formed during the drying stage of coffee processing, and wet beans are much less likely to contain these molds and fungi than dry beans.

​The environment where the coffee beans have been grown also plays a role in the number of Mycotoxins in coffee. Mold spores are far less likely to grow at higher elevations so buying coffee beans produced and harvested in the mountains of Central America, for example, is a simple way to decrease the risk of Mycotoxins in your coffee.

​The type of coffee beans can also be a factor in coffee Mycotoxins. Even though Robusta varieties do contain more caffeine than Arabica (remember caffeine acts as a Mycotoxin inhibitor), they are also prone to containing more Mycotoxins. If you want to drink coffee without Mycotoxins, always opt for Arabica beans over Robusta beans. Still, again the risk is minimal, so if you enjoy your Robusta, there is no need to ditch them (go on live dangerously).

​Even though coffee blends may taste good, there isn’t an easy way to tell where the beans have originated from, and in some cases, coffee has been blended to mask the “bad tasting” beans that would have otherwise be thrown away. My tip would be to stick to single-estate products rather than these large prominent brand names of coffee.

​Almost all of the coffee you can get your hands on will carry a low risk of Mycotoxins, and even if they do contain slight trace amounts, you would have to consume a heck of a lot for it to do any real damage.

​There is more chance of ingesting higher doses of Mycotoxins in a handful of peanuts than in your cup of Joe. The presence of Mycotoxin in coffee is so low in today’s coffee society that most government agencies don’t even allocate resources to study it anymore; it’s simply not worth the time or effort.

​It’s also worth pointing out that Mycotoxins are not only ingested but also inhaled as well, so unless you live inside of an airtight bubble, you’re probably being exposed to Mycotoxins daily in your environment as well as some of the other foods you eat.

​There are far more health benefits of drinking coffee that outweigh the minimal risk of consuming too many Mycotoxins that there’s no reason you should be worried.

​Go on, grab a cup of coffee! You only live once!

Content Navigation show
1 ​What are Mycotoxins?
2 Mycotoxins and Coffee
2.1 Aflatoxin B1
2.2 Ochratoxin A
3 How Can You Reduce the Risk of Mycotoxins in Coffee?
3.1 ​1. Don’t Drink Decaffeinated Coffee
3.2 2. ​Processed Using the Wet Method
3.3 3. Growing Environment ​
3.4 4. Type of Coffee Beans​
3.5 5. Coffee Blends​
4 To Summerize Coffee Mycotoxins
FacebookTwitterPinterestLinkedInEmail

Figuring out the chemistry behind a great-tasting cup of coffee has been our number one goal as humans ever since we nailed sliced bread. If you’re a lover of coffee, then you’ll probably already know that...