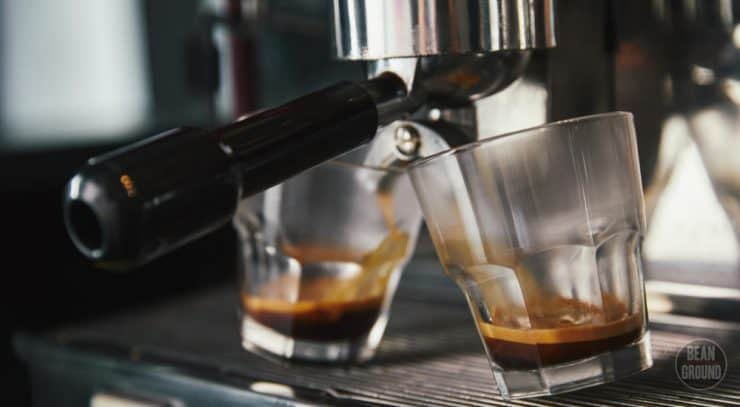 In the complicated world of espresso, understanding simple brew ratios can be a challenge. For example, what is a double shot? Is double or single terminology even relevant anymore? And how does each of these impact how my brewed coffee tastes?

These questions all pertain to brew ratio or the amount of espresso that is yielded from your coffee grounds.

You would think trying to explain the differences between a single shot of espresso and a double shot would be pretty straightforward.

As you’re going to find out, It’s not nearly as straightforward as you probably imagine.

It’s hard to answer and even harder to explain to a newly hired barista or a home novice just dipping their toes into the world of espresso.

In this article, I will try to dumb down the information as much as possible, and hopefully, I can help shed some light on this over-complicated question.

This is a dumbed-down, oversimplified explanation, but it’s going to be the easiest way for both novice coffee enthusiasts and baristas to grasp without overcomplicating it more than it needs to be.

So here we go. 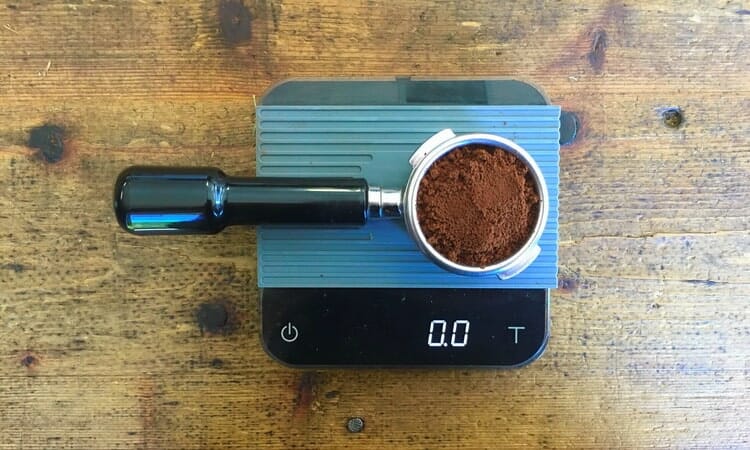 A traditional single espresso calls for 7 grams of fine coffee grounds, and you can expect to extract about 30ml of espresso (or roughly 1 liquid ounce).

? Fun Fact: Weighing your espresso is actually a relatively new practice. Typically, in the last 70 years or so, baristas have “guesstimated” when the shot was finished by eyesight alone.

A double shot of espresso requires, yep, you guessed it, 14 grams of finely ground coffee and will produce about 60 ml of espresso (or roughly 2 liquid ounces).

Double espresso shots are now served as the standard in most cafes around the world. Most machines are set and calibrated to pull two shots.

You can probably thank Starbucks for that!

Even though they are not the original inventors, they popularized the double shot (doppio) in the late 1990s.

Today, you will find that most baristas using an espresso machine will pull a double anyway but will use a split-style portafilter to halve the shot if you order a single espresso.

On the flavor side of things, nothing changes. Double shot espressos were introduced and pushed by the likes of Starbucks to help business’ bottom line by increasing output and by making busy baristas more productive during busy periods.

If only it were that simple.

If you’re sensitive to caffeine or want to know a little more, keep on reading.

The Over Complicated Reality

Honing in on espresso ratios is getting more difficult as the industry changes and innovates. We’re finding new ways to do things that were impossible before, and with modern espresso machines, baristas can be more creative with how they pull each shot.

A double shot of espresso requires 14 grams of finely ground coffee, and you can expect about 60ml of espresso.

It seems simple enough, but actually, this is where it starts to get complicated.

You see, modern-day baristas prefer to measure in mass (weight) rather than volume.

Let’s take a closer look at the 60ml espresso.

Back when I originally learned how to make espresso, I was taught that a single espresso was 25 to 30 ml in size.

Milliliters are a volume measurement, and when it comes to making espresso, they are kind of useless.

The golden crema layer floating on the top gives the espresso its appeal goes hand in hand with how fresh your coffee beans are.

Fresher means more crema due to co2 generated during the tasting process becoming trapped foam on top of the espresso.

So if you’re trying to get an accurate fixed volume, say 60 ml for a double espresso, more of the volume will be gas and foam rather than liquid.

On the other hand, if you pull an espresso using coffee that has aged longer, it will have less co2. 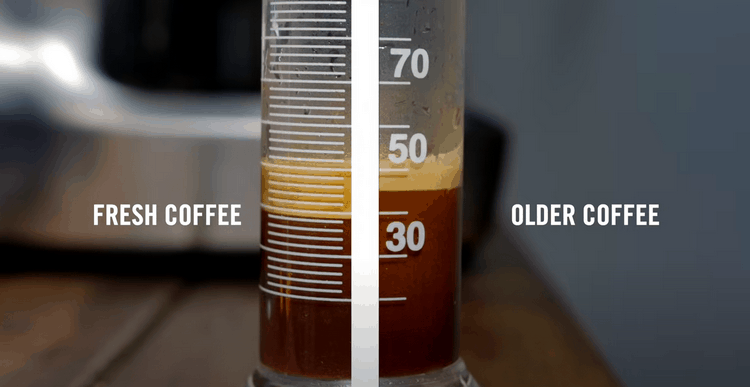 This will mean that you’ll produce identical-looking espresso shots that actually have very different recipes.

For this reason, baristas prefer to use coffee scales for more accuracy (and accountability) when they measure espresso shots.

Ok. I’m sure your head is spinning with new-found knowledge, but let’s get back on the same page.

For argument’s sake, let’s say that a double shot of espresso on average weighs 35 grams – if we take into consideration the above-mentioned crema redundancy calculation.

Both of the above calculations are correct. But we are trying to communicate between the traditional measurement method and the more precise modern one.

It’s hard to convey what we mean, and it’s even harder to do so when we have conflicting measurements.

Are you still with me?

Why So Much Confusion?

The confusion is created because there is no set standard for a single or double espresso shot.

You will find that some cafes will claim their espresso shots are double simply because they use more than 14g of coffee.

Others will say that theirs are double because they split the espresso shot in two with a split portafilter.

You can see how it all gets confusing not only for the customer but the barista too.

The Importance of Using a Scale (Ratio by Weight)

To cut through the confusion regarding the weight and measure of pulled espresso, use a coffee scale along with a simple brew ratio.

Any coffee scale will be better than no scale. However, for home use or anyone on a tight budget, I recommend the Timemore black Mirror coffee scale.
It comes with all the functions you’ll need, and I have found that it fits perfectly on nearly every drip tray I tested it on.

Why is Brew Ratio Important?

Brew ratios are important because they provide a way to manage, track, and, more importantly, replicate your espresso’s desired taste.

A coffee brew ratio is a vital factor to keep in check because it gives you the exact recipe for the extraction of your coffee grounds with your water.

It’s a three-part process. As you increase the amount of water used for the brewing and increase your extraction, you will decrease your espresso relative strength because it will be more diluted.

You want to find a range where your shot is not under-extracted and not overly diluted, providing a well-balanced taste and mouthfeel.

Next Time You Order

With so much confusion surrounding the single and double espresso shot, I think it’s about time we stop conveying the word “double or single espresso.”

How about next time you order a beverage from your favorite coffee shop instead, ask, “Could I have a double espresso? Oh, by the way, what’s your brew ratio?”.

Any barista worth one’s salt will be able to tell you the details that truly matter.

How To Make Coffee Without A Coffee Maker (5 Surprising Ways!)

Just close your eyes and take a few seconds to imagine what it would be like waking up to a broken coffee machine. Scary right? It does happen, and it could happen to you. But the question is, are you prepared if that...

If you love espresso, you really should add one of these coffee makers into your brewing arsenal. Both the Moka Pot and the Espresso Machine are capable of making an espresso, but only one can make an actual espresso...