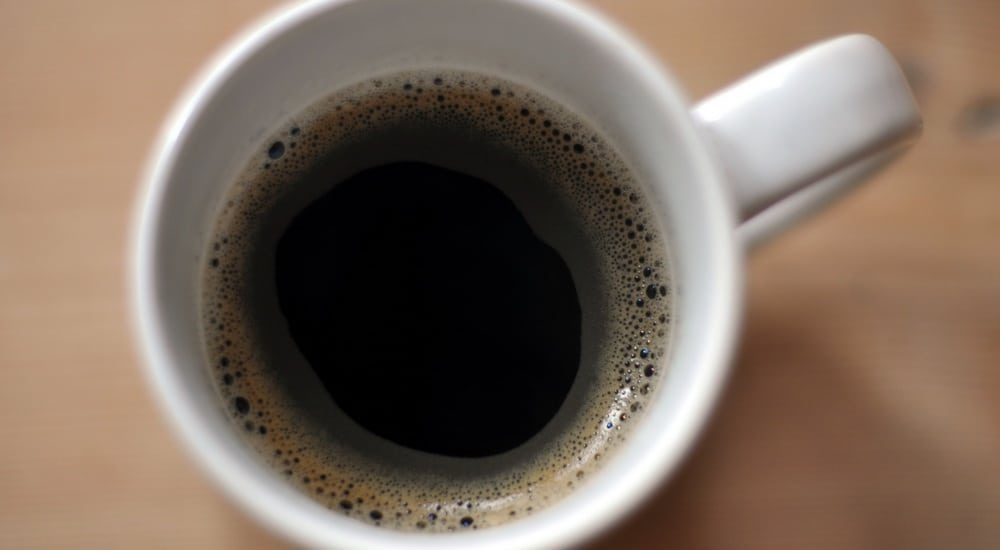 Bean Ground is completely reader-supported. When you buy via the links on our site, we may earn an affiliate commission at no extra cost to you. Learn more

In the first of the series, where I take a closer look at specific coffee drinks, I’m going to be focusing on the classic Americano Coffee. This style of coffee is the backbone of many high street cafes but is often lost in the menu and shadowed by other popular drinks such as lattes, mochas, and frappuccinos.

It’s a shame that the Americano coffee isn’t as popular as it once was. It’s not an inferior coffee; in fact, this coffee drink is quite versatile. It’s also worth mentioning that baristas love it when you order an Americano coffee – why? Because it’s one of the easiest beverages to make on the entire menu.

It’s basically just a watered-down espresso, but don’t let its simplicity fool you. The Americano deserves just as much respect as any other coffee on the menu (maybe not the unicorn frappuccino, but you get my point). Pull one or two shots of espresso into a regular coffee cup and add hot water – congratulations, you’ve just made an Americano.

The History of The Americano

If you hadn’t already guessed, the word Americano literally translates as ‘American’ in Italian or Spanish. The name is directly derived from how this coffee beverage came into existence, and the rumors suggest that the Americans were behind the creation of this espresso-based coffee drink and its roots can be traced back to World War II.

Apparently, homesick Soldiers (1) based in Italy would add additional water to their espresso shots to try and mimic their regular drip-brewed coffee from home. There is no solid proof that this is how the Americano coffee was born, and no one can say for sure, but the story seems to have some credibility as far as I’m concerned. 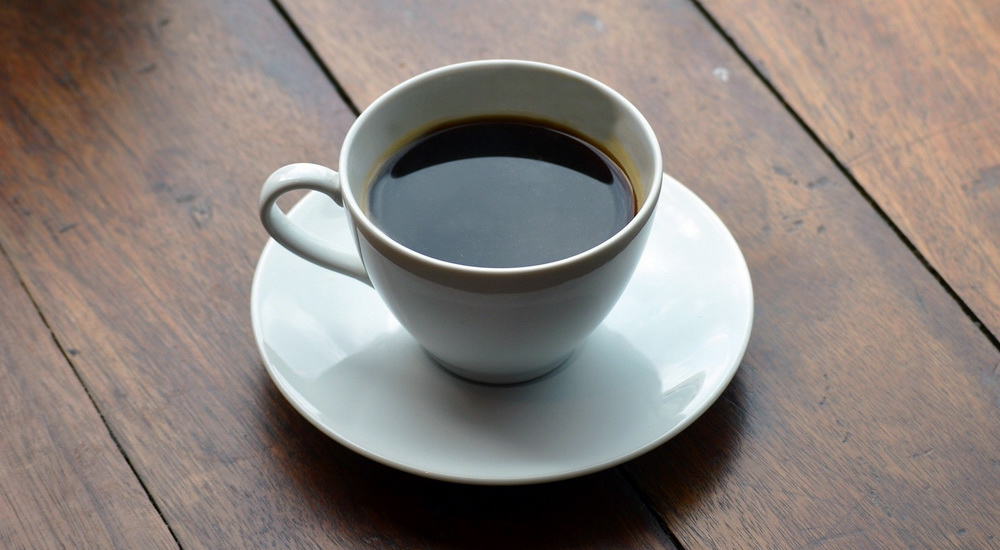 From just looking at the Americano coffee, you would struggle to differentiate it from other popular beverages. Drip coffee, for example, looks almost identical when placed side by side with Americano and an espresso shot also looks similar albeit smaller. So what makes the Americano stand out?

To understand the differences (2) it’s best to look at how drip coffee and espresso are made.

Drip brewed coffee is typically brewed using an automatic coffee maker however manual drip is also possible. The medium grind coffee grounds are placed in a filter and hot water is poured over the grounds and allowed to drain through and into your coffee cup.

Espresso coffee is completely different when compared to drip. Finely ground coffee is placed into a portafilter and attached to an espresso machine. Steam is then forced through the grounds which in turn produces an espresso shot.

Now let’s move onto the Americano. Since Americano coffee is a combination of hot water and espresso the end result is simply as a diluted espresso shot. Sure, it looks very similar to drip coffee because of the volume but the one key difference that separates these two apart is the foamy golden crema which is often found on the Americano coffee.

To add even more confusion into the mix. There are actually two ways of making a Caffè Americano. One method involves pouring espresso over hot water in a tall cup and is called a “Long Black”. The other method is the reverse of that, where the espresso is added first and then topped with water which is called “Americano”.

Personally, I prefer the Long Black method because it tends to retain the crema and is less voluminous, therefore more strongly flavored.

To be honest, many baristas will make a Long Black even if you do ask for an Americano simply because the end result is a better-tasting drink that has the same ingredients and the additional crema. 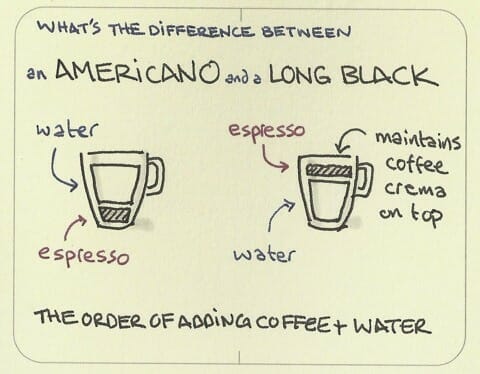 How Does An Americano Coffee Taste?

Even though the key ingredient in an Americano coffee is espresso don’t expect it to take exactly like one. Due to the fact that it is diluted with hot water, you are losing out on some richness and boldness along with the caffeine kick found in espresso. While Caffè Americano may be lacking when compared with a smaller espresso shot it definitely is the winner when put up against a regular drip coffee.

The process of pulling an espresso unlocks far more flavors from the coffee beans than regular drip coffee could ever do and even though the Americano is diluted with water the flavors and smoothness are still there.

And that brings me to the caffeine content of an Americano.

You might be surprised, but for those of you who are looking for an extra kick of caffeine, you’d be better off ordering a regular black drip coffee rather than Americano.

A typical one-ounce shot of espresso contains roughly 47-64 mg of caffeine whereas a regular eight-ounce cup of drip-brewed coffee contains between 95-165 mg of caffeine.

Of course, these numbers can vary depending on the type of coffee beans, the way it’s roasted, and the region. Plus not forgetting the amount of water added to the espresso and whether you order a single or double shot, but these figures give you a better understanding of the caffeine content.

Due to the dilution of the espresso shot in the Americano coffee, the caffeine levels can stay relatively low. But the good news is you’re not sacrificing on taste.

How To Make An Americano Coffee?

I have already talked about the two different ways to make an Americano. The classic way, which involves adding the espresso and then topping with water and the Long Black method which is the reverse of that, water then add espresso.

The Long Black is the better of the two methods and allows for more crema and foam to stay on top of the coffee which means more flavor. The name Long Black is actually a name given to this method by the Australians after the drink was introduced to them by the Italians.

If you are ordering an Americano there are a few different methods that coffee shops use, and each barista will have their own preferred way. But, that doesn’t mean you can’t tell them how you want it to be made, after all “the customer is always right” (or maybe not, I’ve learned that over the years, but that’s another story)

Americano coffee can be made with either one or two shots of espresso and is typically diluted in a 1:1, 1:2 or 1:4 ratio with water (the 1:4 ratio is the most popular and common).

If you landed on this page with no idea of what an Americano coffee is from its history to the various ways it can be made. I hope that you now have a better understanding and you’re armed with the knowledge to order one to your liking next time you walk into your coffee shop.

Those other coffee drinks such as the lattes, mochas, and frappuccinos on the blackboard menu sure do look tempting but in my opinion, nothing beats the taste of a good old American coffee. Remember that most of those other coffee concoctions are loaded with syrups, sugar, whipped cream, and flavorings that are guaranteed to stick to your hips well after you’ve drunk the coffee.

Americano coffee isn’t boring, far from it, as a purist it allows you to taste the coffee in its best form, far from artificial flavorings and unwanted or needed toppings. The Americano knows how to be unique, changing flavors is easy when you swap out the bean or choose a different roast intensity.

Go on, ask your barista for an Americano on your next visit or better still ask for a “Long Black” and see if they know what you’re talking about – you might end up teaching them a thing or two!

Subscribe to receive free emails filled with reviews, gear, and caffeine-infused tips on how to brew great tasting coffee at home.

We respect your privacy and you can unsubscribe at any time.

Mark is a self-proclaimed coffee addict and the guy behind the coffee blog Bean Ground. You'll almost always find him in a caffeine-induced rant talking about coffee! Mark has been active in the catering and hospitality industry for many years and is a proud member of the Speciality Coffee Association. Discover more about Mark here.
Scroll to Top