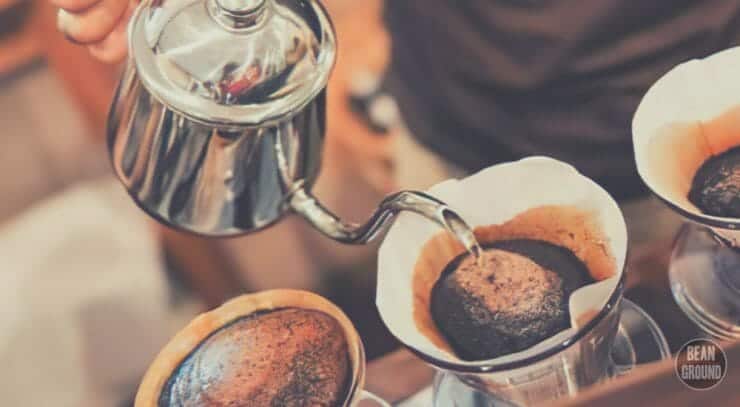 The humble cup of coffee has evolved and completely changed over the centuries. For a beverage that was once just a simple breakfast stable, it has grown into a multibillion-dollar global industry of specialty shops and gourmet coffee drinks.

As coffee has progressed throughout the years, there have been distinct waves that represent significant changes in the industry and also the changes in the global coffee culture.

Today, we are experiencing the third wave of coffee, a period where consumers are looking more closely at the origin and production methods and are frequenting sophisticated artisanal coffee shops serving specialty coffee.

But there’s a bit more to it than that. What does third-wave coffee mean, and how can you tell if you are drinking it? And what about the first and second waves?

What Are The Waves Of Coffee?

Initially coined by Trish Rothgeb sometime in 2002 in an article published in the Roasters Guild.

Rothgeb outlined a wave of coffee as a period where significant changes have occurred in the coffee industry.

There have been three distinct coffee waves, each with its own set of philosophies and overall consumer experience. The idea is that each new wave reacts and builds on the last, with each new wave signifying a significant change or shift in the coffee industry.

The third wave of coffee is generally regarded to have started around the early 2000s up until now.

This latest movement in the coffee industry emphasizes sustainability, the quality of the coffee, where the coffee bean has been sourced, and new innovative brewing methods – these are all inherent to third-wave coffee.

The days of bitter, gritty coffee are gone, and millions of consumers today are abanding cheap, low-quality coffee in favor of the elevated taste of single-origin beans. They are happy to pay more for their cup of coffee if they know they are receiving this standard of coffee.

Baristas and the coffee roaster go out of their way to educate the customer on the supply chain, and it’s not uncommon to discover complex stories behind each bag of coffee beans.

The third wave of coffee can be summed up as making the consumer feel special, going that extra mile by sharing the story behind each cup, and educating the consumer on why they can taste specific notes and the work that goes into producing high-quality coffee.

“When you think about coffee as a culinary ingredient instead of a commodity – caring about how it’s sourced and prepared and the quality of the finished product, as opposed to having it be this routine thing that just wakes you up in the morning.”

The third wave is really just a more innovative evolution of what the second wave was already doing. 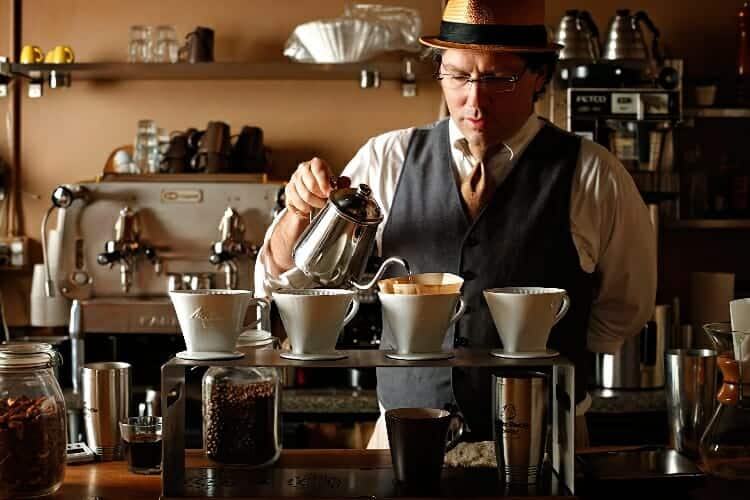 What About The First And Second Waves Of Coffee?

The evolution of the coffee market is indisputable. There have been two distant movements in the coffee industry prior, and the third wave won’t be the last.

Let’s take a look back at the first and second coffee waves.

The first wave of coffee can be pinpointed to a period around the 1960s, with the main focus geared towards convenience, low cost, and availability.

During this period, instant prepackaged coffee was increasing in popularity thanks to companies like Maxwell House and Nestle bringing vacuum-packed coffee into homes and offices across America.

The second wave kicked off sometime in the late 1960s as a direct response to this lack of quality in the coffee industry.

Soon to be famous names like Starbucks and Peet’s coffee came up with new innovative ways to distribute fresher coffee and were key in kick-starting the specialty coffee movement.

They popularized things like espresso, lattes, and baristas, and they took pride in educating consumers about where their coffee beans have come from and the details of the roasting process.

This paved the way for other coffee brands to begin to show more interest in the customer with more varieties of coffee, and it wasn’t long until brands made their way into supermarkets shelves with their premium whole beans.

The words “third wave coffee” and “specialty coffee” are often used interchangeably, but is there a difference between the two?

The short answer is yes.

Specialty coffee is how third-wave coffee is achieved. The third wave is not a cup of coffee but the mindset and theatre that goes along with it.

For example, the Specialty Coffee Association (SCA) scores coffees on a 100-point scale.

For coffee to be graded at 80 or above, special care has to be taken with the soils, the production practices, and processing. Combining the grade and the entire process from start to finish is how specialty coffee is accomplished.

Third-wave coffee can be classed as an overall experience. Specialty coffee is what is being served in that experience. 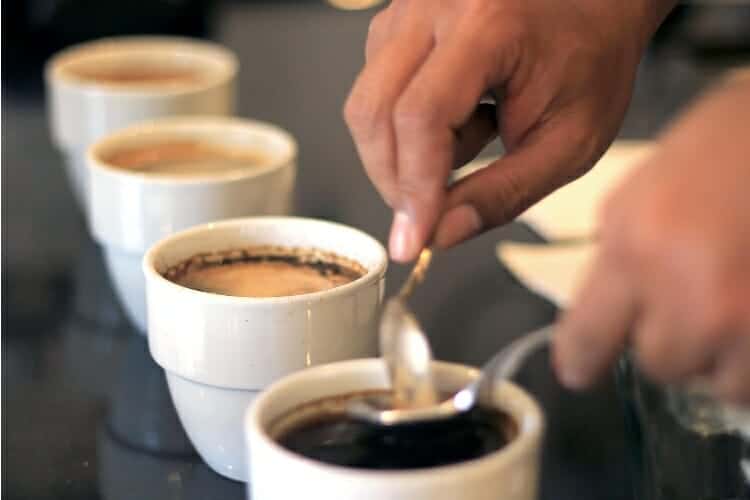 Will There Be A ‘Fourth Wave’?

There will be a fourth wave of coffee at some point, but it’s still a long way off, as the third wave is still very young.

However, with the latest innovations in the coffee industry, the fourth wave will more than likely build on the back of the third wave.

I see it focusing more on the science of coffee, emphasizing accurate measurements, water chemistry, and the obsession with detail for a perfect taste experience.
This is my observation, but the way things are headed, I see this as the direction the coffee industry is heading.

Third-wave coffee is focused on the production, coffee quality, and the complete journey from seed to cup, combined with the customer experience.

The life of the coffee is told through educated baristas serving coffee with innovative brew methods, and detailed paragraphs on the back of single-origin coffee packaging help inform the end consumer.

There is an increased demand for better coffee, more direct trade, and a more significant emphasis on sustainability and the coffee producer in the third-wave moment. All of these elements are inherent to third-wave coffee.

Next time you walk into a third-wave coffee shop for an espresso, don’t be shy, ask the barista about the roasting process and where the origin of the coffee – it is the third wave, after all.

I’ve never been an advocate for instant coffee. With so many quick coffee brewing methods on hand, like the AeroPress, anyone can brew a great-tasting cup of coffee in about the same amount of time. But, I do...

Let’s be honest most things can be improved by putting an egg on them. A burger, toast, a bowl of rice, french fries, and roasted asparagus are a few of my favorites, but what about egg coffee? Really coffee and...

What Espresso Machine Does Starbucks Use?

Stopping by at Starbucks to kick start your day with a shot of espresso has become a ritual for many people. The rich bitter, sweet espresso tastes far superior to those served at other coffee shops. What is the reason...