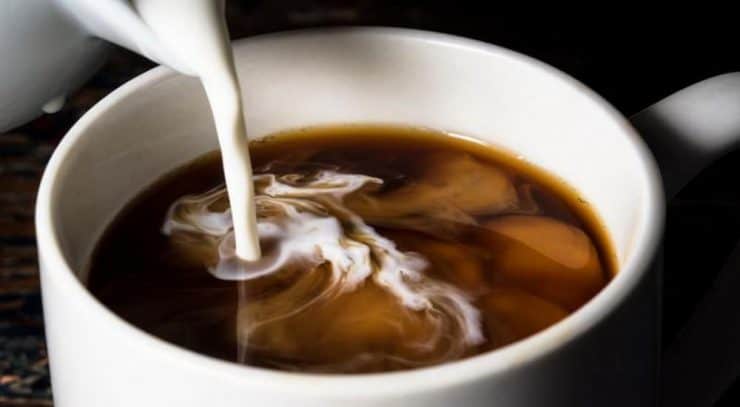 In recent years there’s been a noticeable increase in the demand for milk alternatives for coffee. This surge has mainly been driven by newly published (1) health concerns regarding cow’s milk, dietary restrictions, as well as some coffee drinkers who are simply looking for other ways to spice up their regular cup of joe. With consumers on the hunt for healthier options, the demand for milk replacements for coffee is at an all-time high, and I can’t see it slowing down anytime soon.

Luckily enough many of the top high street coffee establishments have welcomed the demand with open arms, and you will now find that many chalks boards will have milk alternatives proudly listed, particularly if you live in urban areas. Also, by ditching your regular milk, you’ll also discover that you can elevate your coffee to a whole new level because some of these milk substitutes can provide all sorts of textures and tastes!

However, not all milk alternatives are created equal, especially when it comes to compatibility with coffee. But don’t fret, I have done the legwork for you and spent an entire afternoon experimenting with various cow’s milk substitutes and their ability to complement an espresso.

So what are the best milk alternatives for adding to your cup of coffee? The list of replacement is almost endless, but I have narrowed it down to just six. So if you’re looking for a healthier option or simply fancy a change from regular cow’s milk below you find some GREAT modern milk substitutes for your coffee. 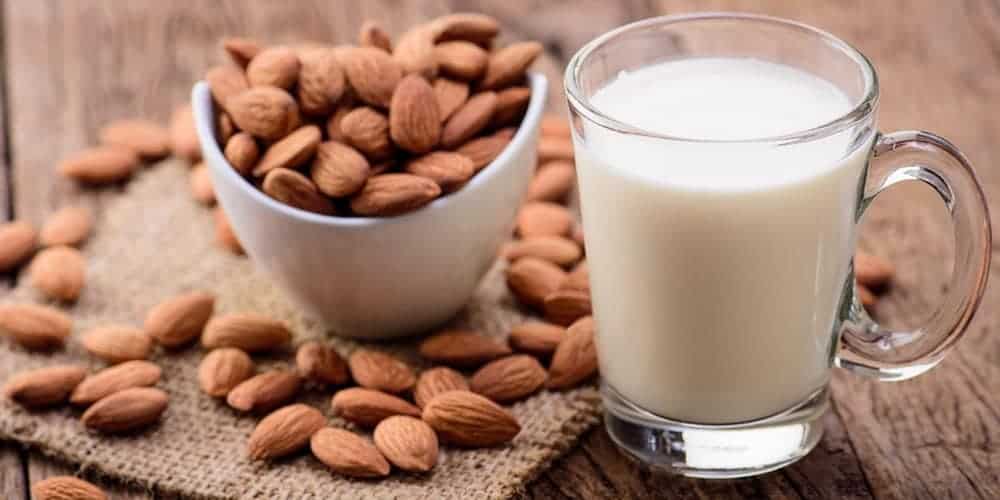 Surprisingly Almond milk was the most popular milk replacement in the United States in 2013 and 2014 in the UK. This popular alternative to milk is made from ground almonds and water (no you don’t milk the almond!). Most of the best brands also fortify their milk with extra minerals and vitamins as well as flavors.

Almond milk is also packed full of natural minerals and vitamins such as A, B, E copper, iron, phosphorus, calcium, manganese, and zinc. But the bad news for bodybuilders is the moderate amount of protein found in almond milk, at about 1 gram of protein per cup compared to 7.69 found in cow’s milk you won’t be packing on the muscle if you make the switch from regular milk to almond milk.

When it comes to the taste of almond milk, you’ll find that it’s unsurprisingly nutty and somewhat tart. The bad news is that almond milk does tend to separate when it’s heated, so particular attention has to be given when making a latte or a cappuccino. 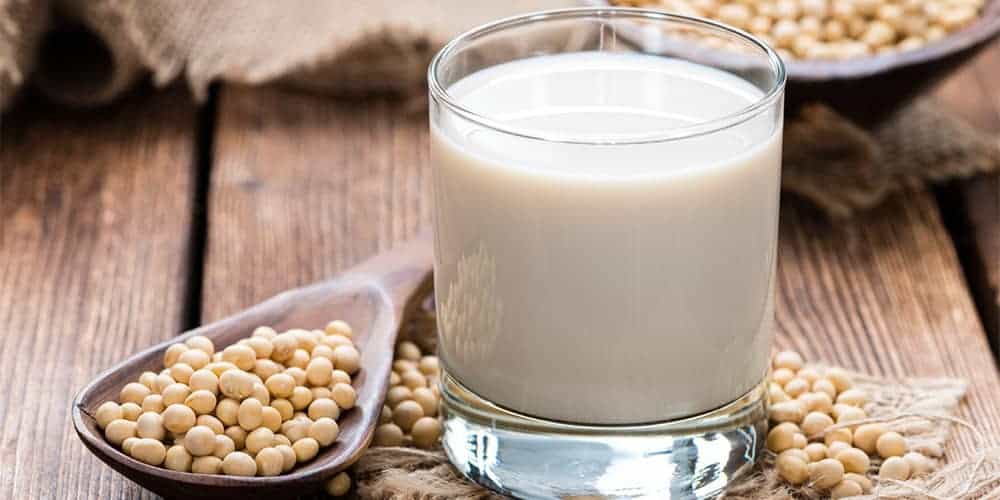 Sow milk is another popular alternative for your coffee that gives your brew a subtle nutty and salty flavor. Soy milk is made by soaking dried soybeans and then grinding them in water, and it’s a very healthy replacement for regular milk.

Just like almond milk, soy milk is packed full of minerals and vitamins. You’ll find it’s loaded with vitamin A, B12, and potassium, however, it does have less vitamin D and calcium when compared to regular cow’s milk, but many of the best soy milk brands fortify their products which bring the levels on par with regular milk.

Taste can and will vary with soy milk and these difference boil down to the quality of the soybeans used in the milk and the additional ingredients added such as flavors and sugar. I have found that vanilla soy milk goes great with a strong black coffee!

The good news is that soy milk is pretty stable when heated, so there isn’t any problem using this type of milk to create a great tasting cappuccino or latte. Coconut milk has enjoyed a surge in popularity in recent years and is continuing to grow and a great healthy contender as a milk alternative for coffee. Manufactured from the grated flesh (pulp) of a brown coconut, this milk is packed full of goodness with vitamins B, E, and C being in abundance along with a range of minerals including copper, iron, sodium, phosphorous, selenium, magnesium, and calcium.

The bad news is that coconut milk is surprisingly high in fat and calories. For example, one cup of coconut milk contains about 553 calories and roughly 57 grams of fat compared to cow’s milk that contains approximately 149 calories and just 7.93 grams of fat. With the saturated fat levels being so high you should use this milk alternative sparingly in your coffee, or you can mix with almond milk.

Coconut milk gives your coffee a creamy and delicious texture with a sweet coconut flavor. It holds its form well when heated making it an excellent choice for almost any coffee concoction, just drink in moderation. 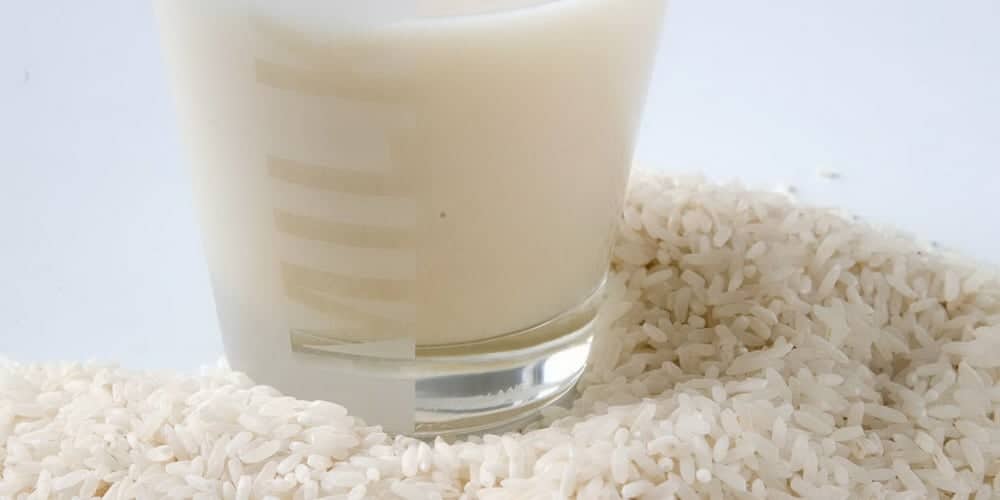 For those of you that have sensitive allergies and struggle to find a good milk alternative for your coffee look no further than rice milk. Rice milk is made from milled rice and water; unfortunately, this simple mixture doesn’t have any notable nutrition content, so you’ll almost always find that it’s been fortified with additional vitamins and minerals such as vitamin B12, D, B12, vitamin C, calcium, and Iron.

Due to its watery nature, you’ll find that rice milk doesn’t have the same mouthfeel when compared to regular cow’s milk or even some of the other alternatives. To be honest, I find that rice milk tends to give your coffee a kind of metallic taste which isn’t enjoyable as far as I’m concerned, but some of you might enjoy it!

Unlike some of the other milk substitutes, rice milk doesn’t make froth due to the lack of protein, so it’s not suitable for coffee drinks that are prepared with frothed milk. 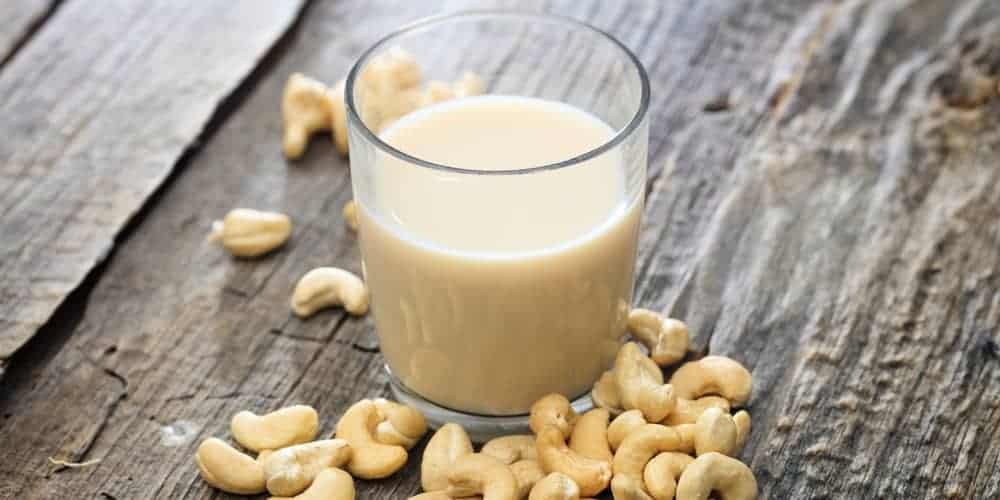 Another nutty milk alternative for coffee is cashew milk. Made in almost the same way as almond milk, cashews are crushed and blended with water to produce milk that’s extremely low in calories, fat, has no sugar, or saturated fat and has no lactose. But when compared to regular milk cashew milk has no fiber and contains roughly 1 gram less of protein per cup.

The good news is that almost all of the manufacturers of cashew milk add in extra minerals and vitamins to make up for it and you’ll almost always find the best cashew milk will be fortified with additional vitamins such as B12, A, and D.

Cashew milk is a sweet, creamy milk substitute that marries well with black coffee. When heated you’ll find that it holds its form well, but certain brands do have problems so combining with soy or coconut milk ensure that it can be used in a broad range of frothed milk coffee drinks, such as Macchiato, Cappuccino, Mocha or Latte. 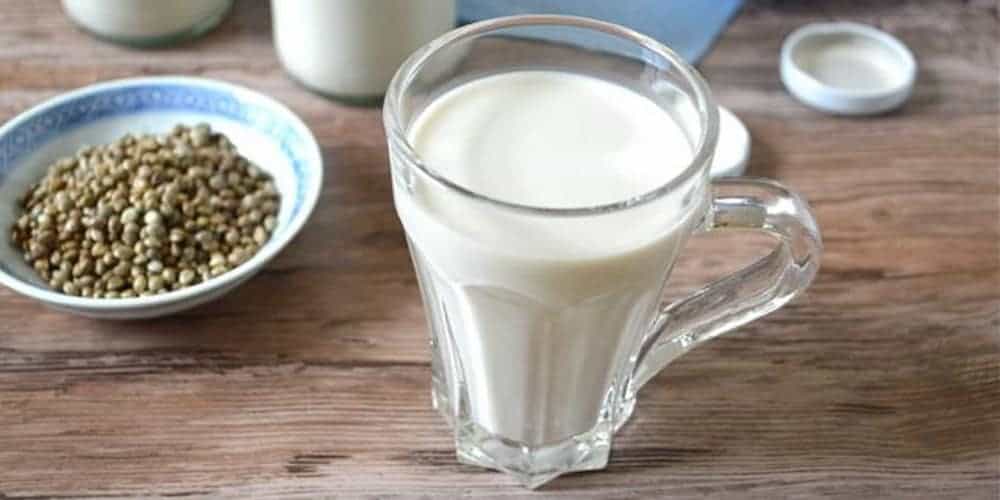 The last milk alternative for coffee is a bit of a strange one and to be honest, you might even struggle getting your hands on this. Hemp milk can be difficult to track down, but it’s worth the effort as far as I’m concerned. This nutty-tasting milk is produced from hemp seeds which have been soaked in water for a period of time.

Soaking of the hemp seeds unlocks and releases a barrage of locked-in goodness such as high levels of magnesium, potassium, iron, phytosterols, phosphorus, calcium, fiber, riboflavin, thiamin, niacin, ascorbic acid, and beta-carotene – Hemp milk really is mother nature’s secret! On top of that lengthy list, you’ll also find high levels of protein and omega-3 fatty acids (2) which are known to help reduce the risk of heart disease and cancer.

There is a but, Hemp milk has a very watery texture (just like rice milk) so if you want to use this in a creamy coffee-based drink such as a latte or a cappuccino you will have to mix it with something heavier such as coconut milk.

Is The Coffee Roast Date Important?

Knowing just how fresh your coffee beans are is one of the many challenges faced by someone new to home coffee brewing. Unlike other foods that have a use-by date or best before date, coffee typically has a roast date...

Cone vs. Flat Coffee Filter: Any Affect On Your Brew?

Want to start a debate among a room full of passionate coffee aficionados? Easy. Ask them what’s the best shape of coffee filter, cone, or flat. Then sit back and let them go at it; you’re almost guaranteed...

Over the years, I have been led to believe that paper coffee filters are the only filters you should use if you truly appreciate the flavors of coffee. Ask any coffee connoisseur, and they will probably tell you the...