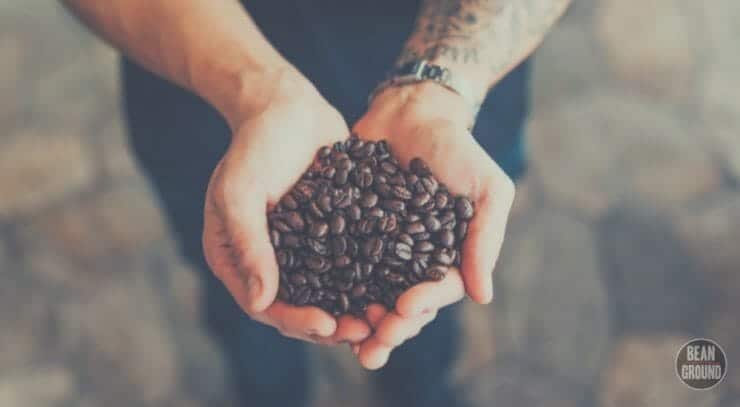 The terms fair trade and direct trade are often used interchangeably in conversations in the world of coffee between professionals and casual drinkers.

If you’re familiar with specialty coffee or even the third-wave coffee movement, you’ve undoubtedly heard these words.

You may think that they are one and the same, but there are important distinctions between the two. Sadly, the difference between fair trade and direct trade coffee isn’t always communicated very well.

In this article, we will take a closer look at both of these coffee sourcing strategies, give you an explanation of both and highlight the key differences.

Hopefully, any nagging unanswered questions you may have will be answered, and any myths or false perceptions will be quelled.

– Fair trade or direct trade, which is better for coffee sustainability? Let’s take a closer look.

The supply levels of coffee versus the demand typically determine the price. If the supply is more than the demand, the price tends to reduce.

On the other hand, when there is a short supply, and the demand exceeds supply, the price generally goes up as consumers are prepared to pay more for it.

The problem is that large buyers can use their purchasing power to push prices lower when the supply becomes too high.

As you can imagine, this can directly affect the coffee farmer as a reduction in price can seriously affect the livelihoods of small farming communities.

It starts a domino effect where the farmer has no choice but to cut corners to reduce their costs and overheads. This can lead to paying lower than average wages and using unethical farming practices that are cheaper but are more harmful to the environment. 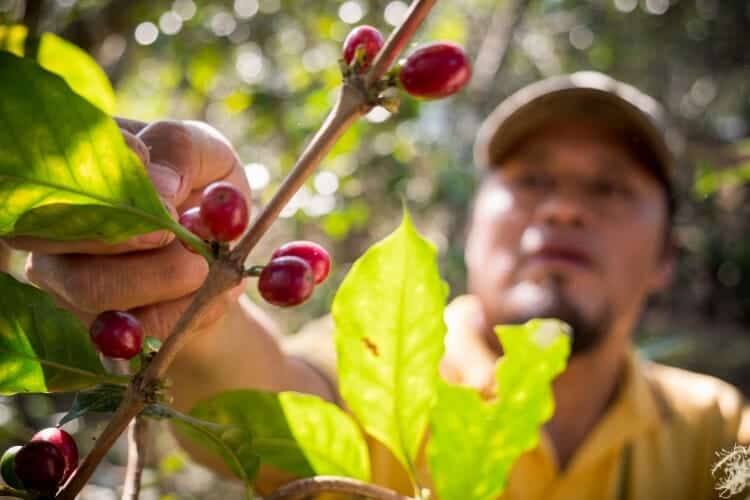 In 1962 the International Coffee Agreement (ICA) was created to help regulate the price of coffee.

Even though it wasn’t perfect, this agreement helped keep the market in balance and made sure the coffee farmers were not taken advantage of. Unfortunately, in 1983 the negotiations between the International Coffee Organization members began to deteriorate, leading to the 1989 coffee crisis.

With no clear path in sight, the fair trade certified coffee certification was launched in the Netherlands in 1988. This newly established certification artificially increased the price of coffee with the goal of providing sufficient wages to farmers. 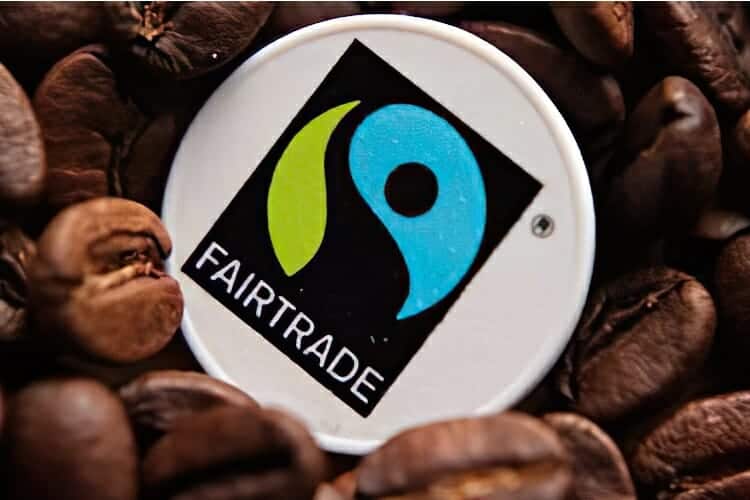 Today fair trade certification is run by a non-profit organization that aims to improve the lives of farmers around the world.

They help ensure that farmers and coffee producers in developing countries are paid fairly when exporting their goods to the developed world.

Each coffee farm and producer must adhere to a rigorous set of standards to receive official fair trade certification. These standards are highly regulated, and farms are frequently inspected to ensure that they meet the standards set by the fair trade organization.

What Are They Trying To Accomplish?

Fair trade aims to help small farmers in developing countries get a fair wage for their products. These small farmers usually don’t have the resources that larger, more subsidized ones do from industrialized nations.

The goal is to both promote equality as well as growth for international trade. Fair trade aims to guide and help struggling farmers support themselves and produce better, more sustainable products for consumers.

Fair trade regulation also ensures that your coffee is sourced more ethically. For example, it prohibits both child and forced labor.

As with any big company, there have been various criticisms surrounding the lack of transparency. Critics speculate that the entire movement is a byproduct of ethical consumerism and that it’s also detrimental to the growth of the coffee industry in the long term.

Some concerns are raised regarding quality control, and consumers are also starting to regard specialty coffee more as an artisanal craft rather than just a commodity. 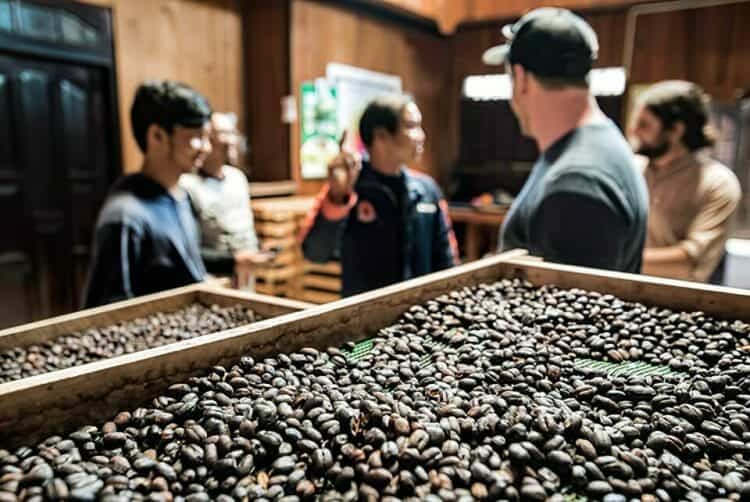 Direct trade is when the coffee is sourced directly from the farm or producer by the roaster or distributor. The negotiations are done directly without the involvement of any third party such as Fairtrade International or importer organizations.

With direct trade, the farmers can set their price for the coffee and can not be forced to sell below the mark price value.

This means more significant profits for the farmers and producers, generally higher wages for the workers, and local communities will also reap the benefits with more investment.

Because farmers know that they can build relationships directly and are being paid a higher premium for their coffee, they can invest more in their coffee processing methods, which will yield a higher quality of coffee in the long term.

Overall this will increase sustainability on both sides of the direct trade business agreement.

Many coffee roasters and distributors prefer to work closely with small farmers who would otherwise not be able to register with Fairtrade International – as it’s not economically viable for them to do so.

Going through the direct trade route, a coffee producer or farmers typically get a higher premium for their coffee which would be more than they would get with the fair trade rate.

At the end of the chain, this often means a slightly higher-priced quality coffee for the consumers, but many still prefer to pay extra if they know their money goes back to the farms and the surrounding communities.

What Are They Trying To Accomplish?

Farmers in developing countries typically grow and then sell their coffee beans to local syndicates. These conglomerates then sell the coffee at a slightly higher premium to distributors who sell and ship to the western part of the world, where the coffee is then roasted and sold at your favorite coffee chain.

As you can see, there are many steps, with each participant taking their piece of profit along the way.

Direct trade intends to simplify all this.

Direct trade is more straightforward than other forms of trade with less strict guidelines – traders connect directly with farms and producers for an open, mutually beneficial system.

The aim is to bypass the somewhat complex set of rules that make up fair trade.

Your local coffee shop may advertise that they serve direct trade coffee, and this typically means that they are dealing directly with a small farmer or coffee-producing community.

One of the main issues with direct trade coffee is there’s no third-party certification system like Fairtrade international. As a consumer, you have to trust the buyer and the grower to stick to the standards they’re claiming.

Unfortunately, some large roasting companies take advantage of the direct trade system and use the term without the expected transparency on how the coffee has been sourced.

The good news is that a handful of the pioneers of direct trade coffee are attempting to make direct trade more transparent by issuing annual reports. Some of these companies include Stumptown Coffee Roasters, Counter Culture Coffee, and Intelligentsia Coffee & Tea. 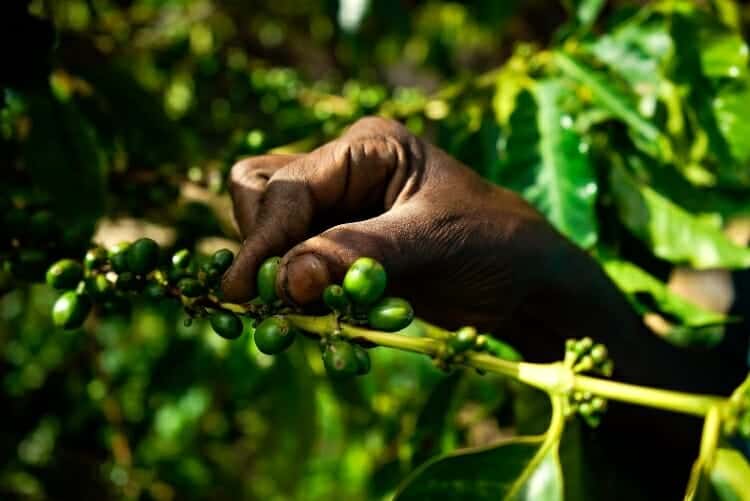 The difference between fair trade and direct trade is their end goal. For example, the fair trade standard focuses on supporting less-developed countries, whereas direct trade relationships contribute to sustainable trade methods.

The Bottom Line: Which Should You Choose?

It’s tough to say which coffee sourcing method is the best option. Both forms of trade are equally deserving and have great intentions and goals regarding providing sustainable incomes for coffee farmers in developing countries.

Although they have both good intentions and high goals, neither one is perfect.

With fair trade coffee, you know that a set of strict protocols and standards have had to be met by every person in the chain. However, as great as it looks from the outside, everyone may not be benefiting from the strict standards set by the Fair Trade Organization as you may think.

On the other hand, the direct trade coffee route has no strict standards that need to be adhered to, but this trading method can come with less transparency.

You have to rely on the coffee roaster, the distributor of specialty coffee, or your local coffee shop to be transparent about how their coffee has been sourced, and that they are genuinely trying to improve sustainability and the coffee trade as a whole.

What Is Blonde Espresso? Do Blonds Really Have More Fun!

Enjoy the caffeine kick but can’t bear the espresso taste and often find yourself reaching for a glass of water to wash away the bitterness? If this sounds like you, the blonde espresso might be your saving grace...

Best Instant Coffee For When There Simply Isn’t Enough Time!

Yes, it’s true, I’ve gone over to the dark side – DUN DUN DUUUUN!!! I’ve been sampling instant coffee for the past week. You know what, it’s not all doom and gloom, and there’s some pretty...

Can You Eat Coffee Beans? Here’s What You Need To Know

How many of you stick your nose into a freshly opened bag of coffee beans? I know I do. The smell is out of this world. There’s nothing better than the smell of fresh beans; they smell good enough to eat – have...

Aloha! Fellow coffee lovers. In this article, I have donned my favorite Hawaiian shirt and I’ve spent the past week researching, tasting, and experimenting with Kona coffee beans – all whilst sipping on an oversized...