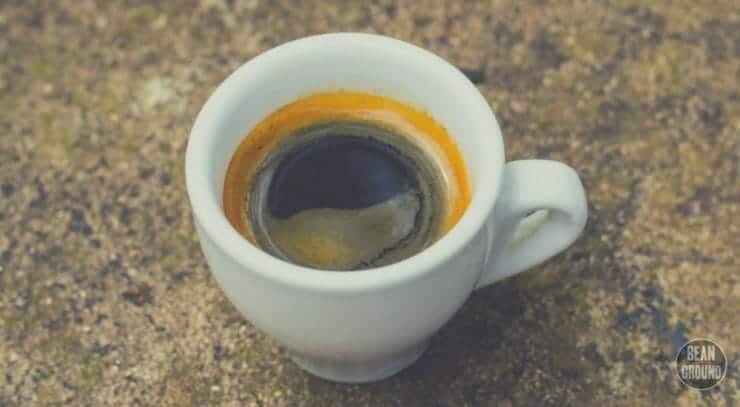 We are gathered here today to honor the memory of Mr. Blonde. Whoa. Scrap that. Are dead espresso shots actually a thing?

Anyone who enjoys a rich and creamy espresso shot is likely familiar with the term “dead espresso.” It’s often a phrase thrown around in a frantic debate by tattooed bearded baristas standing behind a coffee bar when the espresso they’ve just pulled isn’t up to scratch.

But the idea of a dead espresso is truthfully very controversial. Some coffee enthusiasts say it happens, while some say it doesn’t.

In an ideal world, espresso should be drunk almost immediately after being pulled. If it’s left for longer than a few minutes, the shot begins to break down – the crema dissipates, and it’s deemed dead. Or is it?

In this article, I will take a closer look at what determines a dead espresso shot and if the logic behind it is justified.

What Is A Dead Shot Of Espresso?

Essentially a dead shot is when a freshly pulled espresso is left for longer than 60 seconds before it is consumed. Anyone should be able to tell the difference between a fresh and a 2-minute old shot – the taste difference is indeed noticeable.

But to call the espresso dead.

Well, that’s where the controversy begins.

Shots don’t die. They develop as the clock starts ticking. All types of brewed coffee will have some change in flavor once it begins to cool; it’s not just espresso.

I won’t mention any names, but one of the more popular high street coffee chains states in their training that shots die after 10 seconds and shouldn’t be served and basically disposed of. 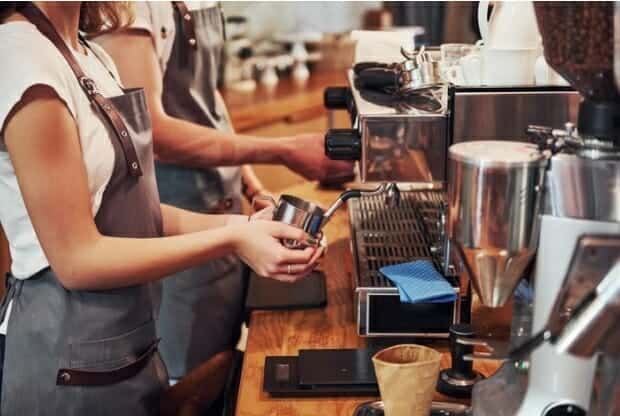 Since it takes roughly 24 seconds on average to pull a shot of espresso, the idea of it dying after just 10 seconds makes no sense.

Not only will it cost the coffee chain a small fortune in wasted shots it’s just not feasible when you have back-to-back orders piling up on your coffee counter. And the be frank, most customers won’t even be able to tell the difference.

Most “coffee people” I have spoken to believe the 10-second rule is folklore that was told to new baristas in training to make them work faster.

Sorry, I just had to get a Rocky quote in this article somewhere.

Why Do Espresso Shots Die?

Okay. So espresso shots do deteriorate and break down as soon as they’ve been pulled and left sitting for a while, but I wouldn’t say that they die.

A textbook fresh espresso should be hot, have a syrupy texture, and be bittersweet.

An espresso left sitting for longer than 2 to 3 minutes will lose most of those characteristics, and the flavor will have changed.

Is it still drinkable – hell yes.

The espresso shot is made of three parts, the heart, the body, and the crema. The only part that matters in this discussion is the crema.

The crema is more aromatic and made up of flavorful oils and fats from the coffee bean and is the end result of high pressure and turbulence as the shot is being pulled in the espresso machine. 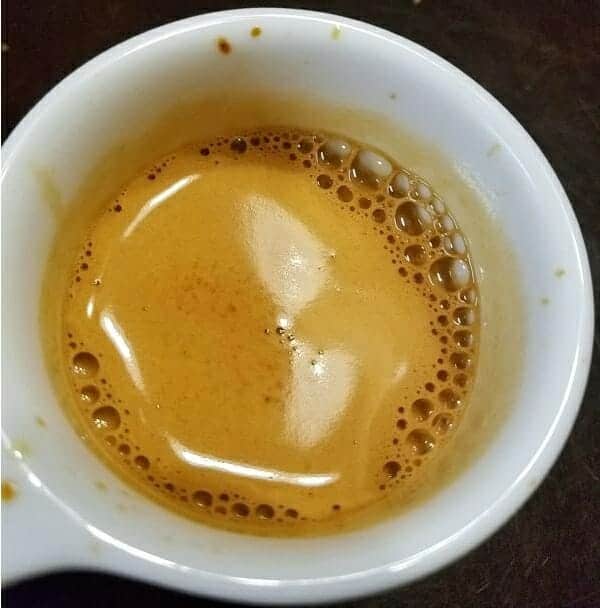 Essentially the crema forms an insulating barrier that prevents oxygen from reaching the espresso coffee underneath.

Espresso, like any other brewed coffee, is subject to oxidation.

Because the crema is made up of foam and bubbles, it will start to dissipate and pop as soon as the espresso shot has been served. There’s no getting around it; it’s going to happen.

As the crema begins to break down, oxygen starts mixing with the espresso coffee, causing oxidation and adverse flavor changes will undoubtedly begin.

It takes around 3 minutes for the crema to completely disperse and oxidation to start. So it’s going to take a while for the oxidation to have a profound effect on the taste of the espresso.

So if “dying” means the flavor of the shot is getting worse the longer it sits, then for a shot to die, it will take around 5 to 7 minutes.

Remember, espresso is meant to be prepared quickly and consumed fast.

Okay, this is where it gets subjective. We all have different taste preferences, and when it comes to so-called “dead espresso shots” and how they taste, here’s my take.

In the third wave coffee movement, brewing with single-origin coffee beans and letting the coffee cool slightly before drinking is recommended as it brings out the flavor and clarity from the coffee, which would otherwise be lost to the heat.

I find this to be true from my experience using the Chemex and other pour other brew methods. And I find that when it comes to espresso, the same also rings true.

I don’t believe that leaving your espresso shot for longer than the “recommended 10 seconds” makes much of a difference – over 3 minutes, yes, for sure.

Would I discard the espresso that’s been sitting for 3 minutes? Probably not. Would it still be flavorful? I doubt it.

At home, I skip preheating and typically pull my espresso into a room-temperature espresso cup, and l let it cool further.

I find pulling a shot of espresso with high-quality coffee beans almost always tastes better when consumed slightly cool – regular, medium-grade espresso blends, not so much.

I know it’s a lot to take in, especially for someone just stepping into the world of coffee.

Hopefully, if you’ve gotten this far, you better understand what a dead espresso shot is and why it doesn’t have to be thrown away.

The 10-second rule is a load of nonsense and should not be taken as science.

It more than likely originated from a barista trainee school to put a bit of fear into the new trainees to make them move faster behind the coffee bar counter.

Just remember, espresso does not die. Sure once the bubbly crema starts to dissolve, the espresso coffee underneath is then in direct contact with the air, which then starts the oxidation process.

But the espresso can still be enjoyed, maybe not after 3 or 4 minutes, but it’s not so bad that it needs pouring down the kitchen sink.

If you’re starting out, I would be more concerned about the quality of your coffee beans, nailing the perfect grind, and making sure all of the other brewing variables are aligned before getting stuck up on dead espresso.

Content Navigation show
1 What Is A Dead Shot Of Espresso?
2 Why Do Espresso Shots Die?
2.1 Espresso Crema
2.2 Oxidation
2.3 Time
3 What Does A Dead Espresso Shot Taste Like?
4 A Few Last Words
FacebookTwitterPinterestLinkedInEmail

Does Matcha Latte Have Caffeine?

Matcha latte is a relatively new addition to coffee shop menus, and since it first appeared, this bright green beverage has seen a considerable rise in popularity in a short span of time. Its loyal followers crave the...

If you own the Hario Mini Mill, I’m sure you’ve discovered that the consistency of the grind could be a little better. Don’t get me wrong, I love this pocket-sized grinder but there’s one problem, the coarse grinds are...

How Important is Coffee Brewing Temperature? (The Facts!)