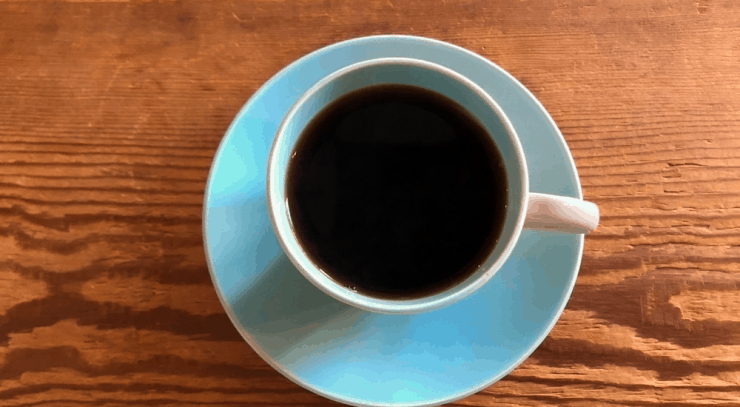 Brewing coffee and then brewing coffee with coffee that basically sums up double brewed coffee. If this sounds crazy to you, you’re not alone.

There aren’t many people that know about double brewed coffee, and that’s not really surprising seeing as this brewing method is often carried out by basement-dwelling coffee geeks and college students trying to pull an all-nighter just before an exam.

I’ll be honest, double brewing your coffee is a BAD idea. Go and try it after you’ve read this article. I’m sure after you’ve tried it you’ll agree that it’s not a coffee brewing method you can do (or would even want to do) all the time.

Apart from not being all that enjoyable and being detrimental to the flavor of your premium single-origin coffee beans you’ve painstakingly sourced it’s also a great way to burn the crap out of the heating element in your coffee maker.

If you haven’t heard of double brewed coffee today is your lucky (or not so lucky day) because in this article I’ll be talking about the ins-and-outs of this crazy brewing method and why I don’t recommend it, and many others agree (1).

What Is Double Brewed Coffee?

Okay, I kind of explained what double brewed coffee is at the beginning of this article, but there’s a bit more to it than that.

Double brewed coffee is the name given to coffee that’s brewed in a way to strengthen it (both in flavor and caffeine).

There are two ways to achieve the “double” part (from my understanding):

1. Brew your coffee doubling up on the coffee grinds you would normally use.

Or what seems to be the more popular method.

2. Brew your coffee using coffee instead of hot water – coffee brewed with coffee.

Both methods apart from being borderline ridiculous will give you an extra jolt of caffeine and a much bolder cup; you can almost eat it!

If you love strong coffee that puts hairs on your chest, or you’re looking for enough caffeine to keep you up all night with your last-minute exam revision, double brewed coffee will be the method for you.

Why Brew Double Coffee? What Are the Benefits?

Yes, people do actually brew their coffee this way, crazy I know, but they have their reasons. It mainly boils down to the need for additional caffeine or it’s the stronger flavor that lures people to brew coffee with coffee.

Let’s be honest most of us reach for a cup of coffee for the caffeine and the flavor is just a bonus. However, some people no longer get the buzz they used to get from a regular cup of coffee and therefore need to double up and make a double caffeine coffee just to feel the eye-opening effects they once did.

Essentially, using this brew method you’re getting at least twice the amount of caffeine since you’re either doubling the amount of ground coffee you’re using or increasing the caffeine level by switching out water and replacing it with coffee to brew coffee.

Now, this is probably the only valid reason I can see for doubling your coffee. The bolder, concentrated coffee is perfect for use in iced coffee recipes. However, there are much better ways to make cold brew coffee; this should be your last resort.

But if you’re short on time or have leftover coffee in your machine double brewing it to make iced coffee kind of makes sense.

By using double brew you’re going to have a much stronger iced coffee, here’s why.

What does iced coffee have in it?… Yes, you guessed it “ice”.

What does ice do? It melts.

If you were to use regular coffee, you will quickly realize that your iced beverage is seriously lacking in the flavor department due to being diluted by the melting ice.

This is where double brewed coffee makes sense. The melting ice will help to balance out the bolder flavor leaving you with a refreshing caffeine-infused beverage. You don’t have to worry about the ice diluting the coffee to the point of it becoming tasteless. Even a splash of milk won’t hurt, and the coffee will still taste like the strong drink you love. 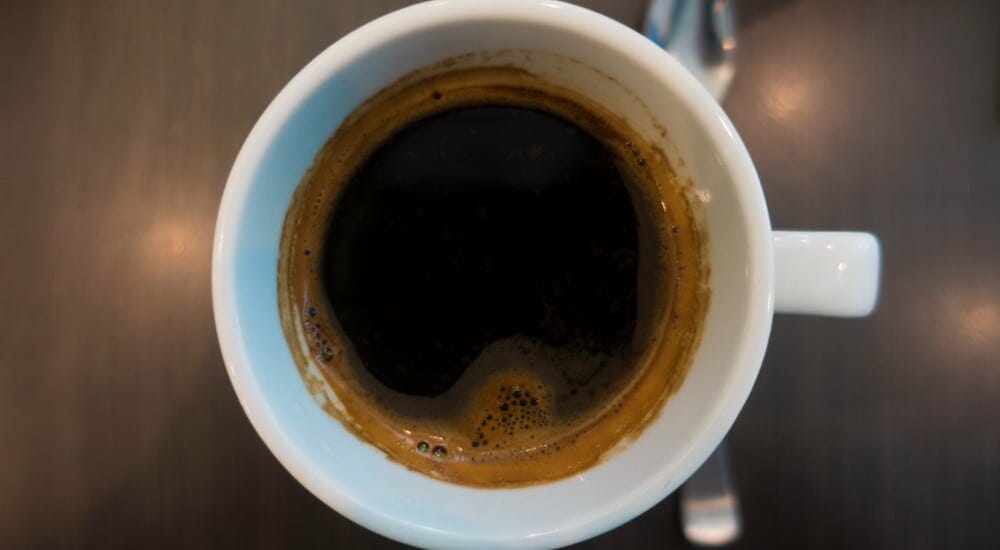 It’s worth mentioning that if you’re sensitive to caffeine, the double brewed coffee might be too strong for you, there’s a good chance you might have to get a friend to praise you off the ceiling. But, on those days when you really need a caffeine kick in the pants, I dare you to try it, no, I “double” dare you!

What’s The Best Coffee To Use For Double Brew?

So you wanna try it, huh? Good luck.

If you want to scratch off this brewing method from your bucket list here’s what you need to know.

The coffee beans you choose are completely up to you, there’s no right or wrong answer, especially as this brewing method isn’t even an exact science.

However, lighter roasted coffee beans will probably be your best option when doubling your brewing method. Good luck if you plan on using a dark French Roast, I’m pretty sure it’ll leave you with an undrinkable cup of coffee.

If you really want to do this why not try to mix a few different varieties of beans? You can use a combination of different roasts to get different flavor profiles and accentuate one taste over another.

Best Way To Brew Up A Batch Of Double Coffee

Apart from the coffee beans, you must decide what type of coffee maker you want to use. Again, there isn’t anything written in stone here so you can choose what you want. But, seeing as you’re already going a little crazy by wanting to make double caffeine coffee why not mix it up – use two different brewing methods?

Or even better still

With the double brew method, anything goes!

What About Triple Brewed Coffee?

There would, of course, be a point where the coffee becomes so strong and bitter and syrup-like in texture it wouldn’t even be drinkable.

I’ve never been an advocate for instant coffee, with so many quick coffee brewing methods on hand, like the AeroPress, anyone can brew a great-tasting cup of coffee in about the same amount of time. But, I do...

Every now and then I run into a debate over which brews the best tasting coffee, the French Press or the Drip coffee maker? Naturally, everyone has a favorite, and this heated debate will more than likely continue for...

How To Make Coffee Without A Coffee Maker (5 Surprising Ways!)

Just close your eyes and take a few seconds to imagine what it would be like waking up to a broken coffee machine. Scary right? It does happen, and it could happen to you. But the question is, are you prepared if that...