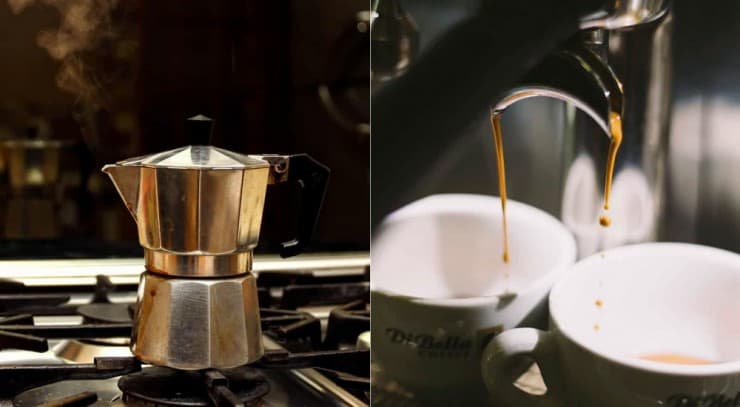 If you love espresso, you really should add one of these coffee makers into your brewing arsenal. Both the Moka Pot and the Espresso Machine are capable of making an espresso, but only one can make an actual espresso shot by definition, keep on reading to find out which one wins in this showdown or should that be “brew down”?

Talk to any Italian grandmother, and she’ll argue until she’s blue in the face that the stovetop Moka Pot makes the best espresso. Go and talk to a barista in your high-street coffee shop and they’ll swear that the big and bulky (and expensive) Espresso Machine is the only way to make a proper espresso.

So who’s right and who’s wrong? Which brewer makes a real espresso? And which one is going to be lighter on your wallet? Get all the answers to these questions and more.

What Makes A Real Espresso? 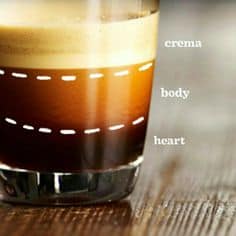 Okay before we dive in head first, let’s take a minute to understand what makes a real espresso shot.

The resulting espresso shot should have:

A good Espresso is often praised for its ability to create intense flavor profiles as well as highlighting some of the unique flavors found in coffees that often get lost in longer brewing methods.

So know you have a better understanding of what an espresso actually is, you should now be able to understand why only one of the below coffee makers is entirely capable of producing a real espresso shot. 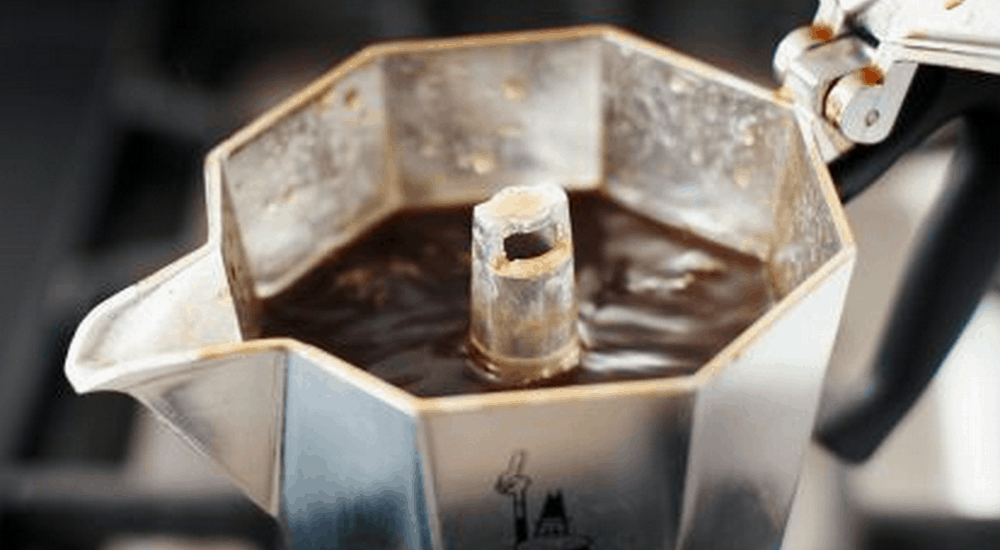 The Italian Moka Pot is often called a “stovetop espresso maker” it’s simplistic in design comprising of primarily three main parts which are all tightly screwed together to form a pressurized container (very much like a pressure cooker).

The bottom chamber is where you add your water, a funnel-shaped shaped metal filter basket is then placed into the center, your finely ground coffee is then added to the filter basket, you screw the top chamber onto the base and place onto a heat source and your coffee will start to appear in the top chamber.

The coffee that’s brewed is typically concentrated, thick, and delicious; however, it’s very easy to under or over-extract when using a Moka Pot.

The Moka Pot relies on pressure to push steam and water up through the bed of coffee, but the pressure produced by a Moka Pot is roughly 1-1.5 BAR, a far cry from the required 9 Bar needed for a real espresso.

Due to the lower pressure used in a Moka Pot, you’re not able to fully extract all of the flavors, oils, and you’ll also struggle to produce a crema, so your shot isn’t going to be as full-bodied when compared to using an espresso machine.

Read this step-by-step guide which shows you exactly how to use a Moka Pot. 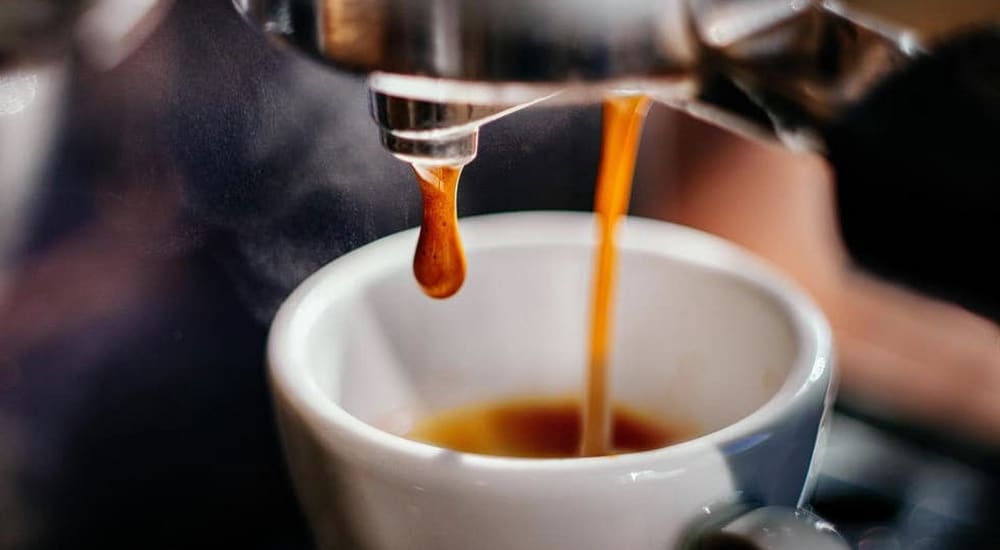 The Espresso Machine is not as simplistic as the stovetop brewer. Whereas the Moka Pot uses only a stovetop to heat water to then produce pressure, the Espresso machine relies on heating elements, motors, and electronics to correctly brew an espresso.

Some of the best espresso machines are automatic and use a vast amount of sophisticated electronics to handle extraction time, pressure, and water flow. Semi-automatic is the cheaper type of espresso machine that gives the user a little more control over the extraction process.

Just like a Moka Pot the Espresso Machine has three main components and uses a built-in boiler to heat water and to build pressure, however, this is where the similarities end.

Bang For Your Buck!

If you’re not bothered about the technical aspect of a real espresso shot as per the above definition, the Moka Pot makes a great tasting rich, full-bodied shot of coffee. However, a Moka Pot isn’t going to make real espresso, but with that said it does contain a lot of similar characteristics. It is a very strong, short coffee which, for most people who aren’t connoisseurs of espresso, it’s an excellent alternative.

It can be made cheaply and quickly, and it also tastes great once you get the hang of it. You can buy a Bialetti Moka Express for under $40 which is a lot cheaper than the $300 to $1000+ price tag of a real espresso machine.

Seeing as the alternative means investing in a very expensive espresso machine, there’s a lot to be said for the humble stovetop Moka Pot. For those of you on a budget, it makes an excellent compromise between manual coffee machines and the authentic espresso it is often marketed as (there’s a reason those Italian grandmothers drink it by the bucket load).

The Verdict: Which Is Better?

Moka Pot vs. Espresso Machine: For those of you looking for a real espresso and money isn’t an issue the clear winner in this showdown is the fully-fledged espresso machine. Sure, the Moka Pot can brew up a concentrated full-bodied shot of coffee that would pass for espresso to people who aren’t fussy.

However, it seems like the people behind the marketing of the stovetop coffee makers want to confuse people into thinking the coffee brewed is a replica of that produced by an espresso machine when in fact it produces a great tasting coffee in its own right.

The versatility of espresso made in a Moka Pot is just the same as that brewed from an espresso machine, and you can use the coffee as a base for cappuccinos and lattes by just adding steamed or frothed milk.

Over the years, I have been led to believe that paper coffee filters are the only filters you should use if you truly appreciate the flavors of coffee. Ask any coffee connoisseur, and they will probably tell you the...

Not all burr coffee grinders are equal, and the debate between conical and flat burrs is an ongoing discussion for coffee geeks trying to decide which type of burr grinder is the best. ​For those of you that don’t know...

Frothed Milk vs. Steamed Milk Which is the Ultimate Coffee Companion?

Frothed milk versus steamed milk what’s the difference, and what type of milk do I use for which kind of coffee. Confused? Milk is milk, does it matter what type you add to your coffee? Well, if you want a great-tasting...