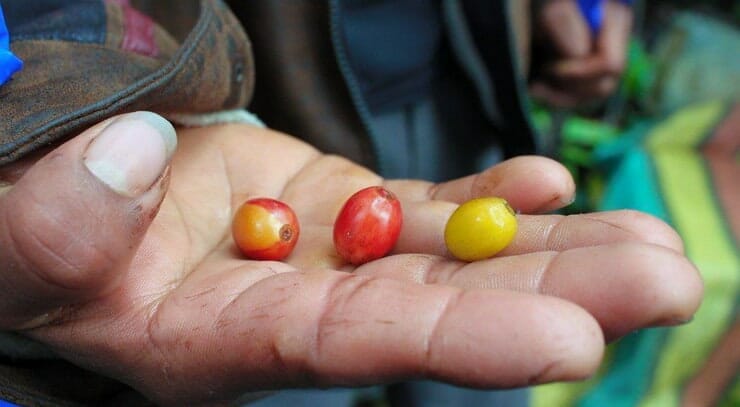 A Guide to The Different Types of Coffee Species

A large number of coffee drinkers don’t realize that there are many more different types of coffee beans than just those neatly packaged at your local store.

The truth is, at your local store, you typically only have a choice between Arabica, Robusta, or a blend of the two coffee beans. In most cases, if you’re not paying attention, it’s Arabica beans you will be drinking; that’s the taste your palate has become accustomed to over the years.

Almost all the Arabica coffee varieties taste very similar to the untrained palate, but a few do stand out, such as the rare, Geisha variety. I doubt you will find this at your local grocery store, but if you see Geisha on the menu at a café, you must give it a try – your taste buds are in for a treat.

Due to how coffee is marketed, most of us are just looking out for the mentions of specific roasting profiles or the source of origin. Sure, this information can help identify what you can expect from a particular coffee, but the world of coffee is a big place – why limit yourself?

The humble coffee bean comes in many shapes, sizes, and species, but, unfortunately, these variations don’t pique the interest of many regular coffee drinkers. But if you enjoy coffee, I mean truly enjoy everything about it, you owe it to yourself to try as many different types as you possibly can – not just palate-pleasing, same ole, regular Arabica bean.

I bet you didn’t know that there are over one hundred coffee species, and we haven’t even recorded all of them yet. But out of this vast selection, only three or four species are grown in large commercial quantities: Arabica, Robusta, and the less common Liberica and Excelsa coffee beans.

In this article, I will focus on the four different coffee bean species currently in commercial circulation. As you continue reading, I will break these different varieties down for you, so you’ll have a better understanding of each of these coffee types. 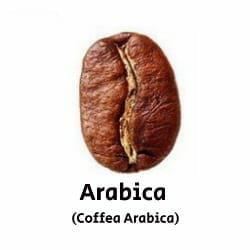 Arabica is one of the better-known types of coffee. It’s a big name in America, and around the world, Arabica accounts for about 75 to 80 percent of the total commercial coffee production.

The preferred growing climate for the Arabica coffee bean is at high altitude, in light shade, and even rainfall. The size of the Arabica coffee tree is pretty small compared to other species, and it can be easily pruned and kept within a height of 6 feet, making it easy to harvest.

Over the years, there have been various sub-varieties of Arabica, with changes made to grow in different regions and even custom varieties that bear purple or yellowish fruits.

Farmers also try to cram in as many plants as they can, often in places where Arabica wouldn’t usually thrive. This results in unhappy trees that require more fertilizers to stay alive and flourish. As a result of an abundance of toxic spraying, Arabica is not the most environmentally sound choice.

The best Arabicas have a highly complex flavor and aroma with many delicate layers that even a novice will appreciate. On the flip side, cheap, low-quality Arabica coffee tastes sour or bitter and should be easy to differentiate between a good and bad batch of Arabica coffee.

It’s also worth mentioning that Arabica is among the most acidic coffee, which can be worsened by having the coffee roast either too dark or light. Also, If you suffer from a sensitive stomach, Arabica might not be the best choice for you. 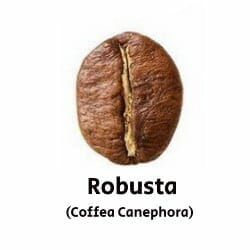 The Robusta coffee bean takes second place in the popularity competition. However, this species was more popular in the past – more so than Arabica.

Unlike Arabica, the Robusta coffee berry prefers to be grown on larger trees, in heat, and with irregular rainfall. Robusta can tolerate a range of different altitudes making this species easier to grow. Due to its robustness, it can be grown in sub-optimal environments even by farmers who have very little knowledge about coffee plant cultivation.

Flavor-wise, compared to Arabica, Robusta coffee feels heavier in the mouth and body. If you’re lucky enough to get your hands on some good quality Robusta, you will find that it will be low in acid, free of any bitterness, and incredibly smooth with an undertone of chocolate. The cheaper quality Robusta bean will smell unpleasant (think old, stale) and can even taste like rubber!

You will know if you’re drinking a good or bad Robusta, the taste difference is extremely noticeable.

Due to Robusta’s versatility, don’t be afraid to add steamed milk, milk foam, or sugar (to create a great tasting latte or cappuccino), which can enhance and unlock Robustas hidden flavor profiles. Dark roast Robusta is also the secret ingredient in high-street espresso due to Robusta noticeably improving crema.

Heads up: Cold brew or iced coffee with light roast Robusta will guarantee a coffee drink with a flavor profile that is out of this world. 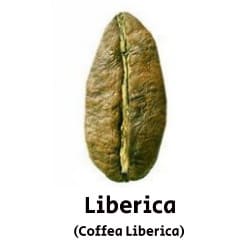 For many of you reading this, the Liberica variety is one that you have probably not heard of, let alone drank. What makes Liberica bean so unique is that it’s an entirely different coffee species with a very distinctive flavor profile.

The size of Liberica beans is huge compared to Arabica and Robusta. Liberica coffee also has a unique trait where one side is lower than the other, giving the coffee bean a hook shape at the bottom. It’s the only coffee plant in the world that has this unique shape.

With plant numbers dwindling, a conservation effort was carried out in the Philippines in 1995. Authorities collected the last 500 plants they could find and began a cooperative re-planting program in Philippine coffee growing regions.

Today, you will struggle to find “pure” Liberica, and even though an effort has been made to save this coffee species for future generations, the world’s obsession with Arabica has resulted in a reduced amount of Liberica being commercially grown. Only time will tell if Liberica will stand the test of time.

Flavor-wise, Liberica has a slight smokiness. These hooked shape coffee beans also have an exceptional aroma that comes across as fruity and floral. Some say that Liberica doesn’t even taste like “coffee” or are put off by its woody taste. In contrast, others enjoy the refreshing flavor profile. The best way to enjoy Liberica is to add, say 10%, to your regular coffee blend and combine it with steamed milk- the aroma it will add will give your brew the wow factor! 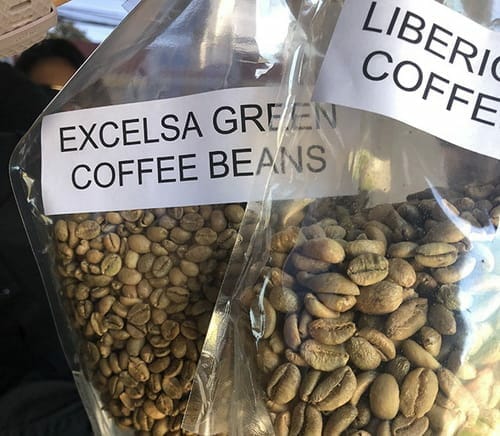 Excelsa coffee is another rare coffee type that accounts for roughly 7% of the world’s coffee production. It shares similar traits with Liberica and was recently re-classified as a variety of Liberica. However, even though they may share a similar taxonomy, the Excelsa bean is so dramatically different that you would be easily fooled into thinking of Excelsa as a separate species altogether.

You will find mainly Excelsa in southeast Asia, where it grows on large, vigorous trees at medium altitudes. Like Liberica, the Excelsa beans have a distinctive shape, but their size is slightly smaller.

Excelsa is enjoyed in and around southeast Asia, where it is typically used in coffee blends, especially house blends, to add depth and an extra layer of complexity with its distinctive fruity taste.

The aroma of Excelsa coffee isn’t appealing to many coffee drinkers, and even though once brewed Excelsa has a unique and compelling flavor, its smell is why many coffee shops would instead serve the pleasing aroma of Arabica or Robusta.

What Is Rainforest Alliance Coffee? Everything You Need To Know

Coffee is enjoyed by millions of people across the globe every single day. But, just like any consumable food harvested, coffee cultivation can negatively affect the planet and the surrounding environment if sustainable...

Aloha! Fellow coffee lovers. In this article, I have donned my favorite Hawaiian shirt and I’ve spent the past week researching, tasting, and experimenting with Kona coffee beans – all whilst sipping on an oversized...

Brewing coffee in a French Press couldn’t be any simpler. You know how the blurry morning eyed ritual goes: you grind your coffee beans and add to your French Press, flick the switch on your kettle and pour hot...

Anybody who’s anybody has heard of Colombian coffee if you haven’t where have you been? Out of all the established coffee growing regions, Colombia is regarded as the world’s largest and the producer of top-notch, high...