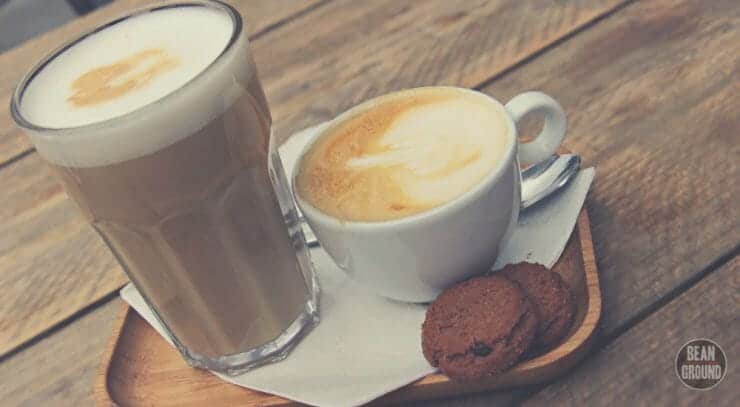 Mark Morphew
5 min read
Bean Ground is completely reader-supported. When you buy via the links on our site, we may earn an affiliate commission at no extra cost to you. Learn more

Navigating the coffee shop menu can be a nightmare at the best of times, and it can become even more confusing when two drinks look very similar but are entirely different.

The Caffè Breve is one of those beverages that looks just like a Latte but is made in a slightly different way.

If you have found yourself confused between the differences and want to know what separates a Breve from a Latte, this article has all the answers. 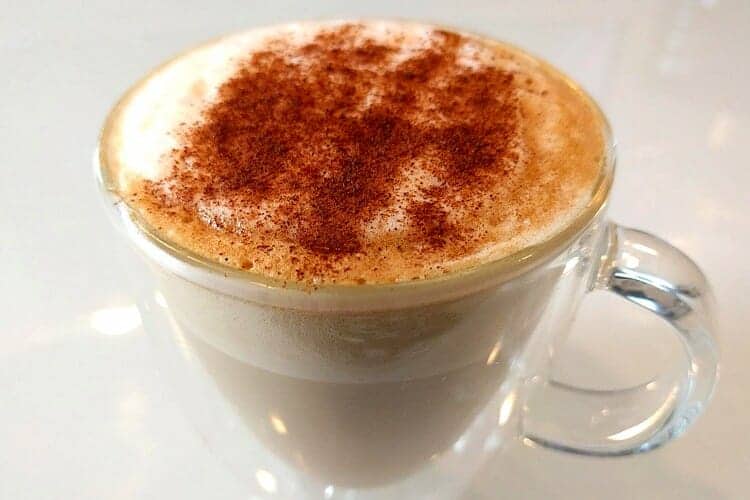 Let’s start with the coffee beverage that’s not commonly found on coffee shop menus, the Breve.

When broken down to its bare bones, Breve coffee is simply an Americanized, richer take on the classic Italian cappuccino. Like a cappuccino, the Breve is an espresso-based drink.

But rather than using milk, the Breve instead uses half-and-half, which is half whole milk and half cream. The half-and-half is frothed and gently laid on top of the espresso.

Comparing the Caffè Breve to a Latte, you’ll find that the Breve is a lot richer, fluffier, and creamier than the Latte – you could say it’s like the richer relative to the cappuccino!

The word Breve is often added to other popular coffee beverages such as the Latte, Mocha, Cappuccino, or any other coffee drink with a milk component.

When Breve is attached to the name of other espresso-based drinks, the milk component has been replaced with half-and-half. 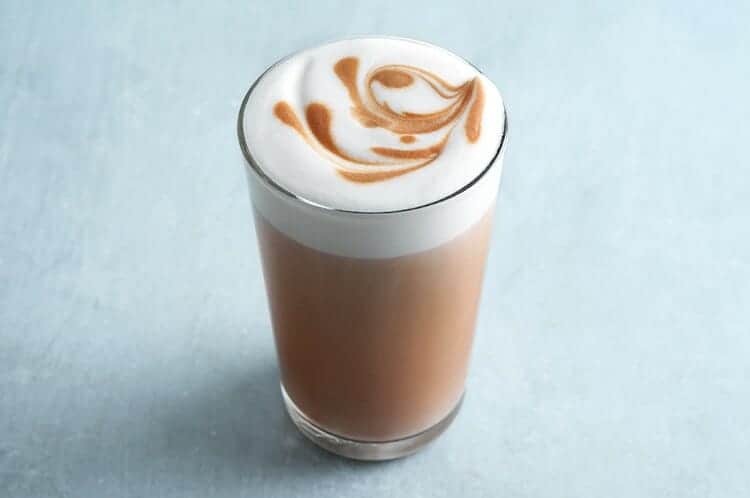 I’m sure many of you reading this already are already familiar with a Latte, but for those who are unsure, here’s how this milky coffee drink compares to the lesser-known Caffè Breve.

Making a classic Latte is simple and only needs two ingredients – espresso, steamed milk, and don’t forget to use good quality coffee beans for the latte.

A single or double shot of espresso is added and then topped up with a large amount of steamed milk and finished with a bubbly foam layer on top.

Good Lattes are known for their smooth texture. And when combined with a shot of espresso, you get a strong coffee flavor without it being too overpowering.

Lattes have become the safety blanket of many moms heading out on school-run adventures.

With the gaining popularity of this espresso-based drink, you can now find many high street coffee shops offering a variety of flavors to add to your Lattes, such as hazelnut or caramel being two of the more popular flavors.

Comparing Caffè Breve And The Latte

If you’ve gotten this far, you should be able to see that even though both the Latte and the Breve may look very similar when browsing a menu but when you take a closer look, they are actually quite different.

One of the main differences is the type of milk used to prepare each coffee beverage.

The Breve is made using half-and-half, and a Latte frothed 2% or whole milk.

Lattes also tend to be served in a tall glass or takeaway cup with a size of 11-15 ounces to accommodate some extra wiggle room for the milk involved.

A Breve coffee is more in line with a classic cappuccino and is typically served in a regular coffee cup of 5 to 5.5oz. In terms of richness and creaminess, Breve definitely takes the lead.

Both espresso-based drinks can have flavor syrups added, but it’s more common for the Breve to have a light dusting of cocoa powder rather than heavier surgery coffee flavor syrups.

In terms of popularity, far more coffee drinkers have heard of a Latte. Walk into any coffee shop, and you will be greeted with a vast array of different Lattes on the back wall menu.

Take Starbuck as an example. You could spend a good 15 to 20 minutes just studying the various Latte concoctions.

Unfortunately, Cafe Breve isn’t as popular in America. However, in Europe, the Breve is just as popular, if not more than the Latte. Many Europeans consider the Breve a richer type of cappuccino.

📌 Are Breve or Lattes Bad For You?

When looking at the Breve vs. Latte, a Latte is definitely the healthier option in terms of calorie and fat content. The Latte is made using regular frothed milk or low-fat milk. On the other hand, a Breve coffee uses half whole milk and half-light or heavy cream.

No. A Cafe Breve isn’t sweet. At classic coffee shops, they won’t add sugar by default. However, adding sugar or flavor syrups would turn the Breve into a sweet coffee drink.

Many of you have already guessed that the Breve contains more calories compared to a Latte due to the type of milk used.

In terms of actual calories, generally, an 8 fl. oz (240 ml) serving of whole milk has around 150-160 calories, while the same quantity of half-and-half contains about 320 calories.

If you order a Breve rather than a Latte, the calories found in the Breve coffee recipe will be about twice as much.

When you’re shopping around for a brand spanking new coffee maker, the last thing on your mind is the type of carafe that comes with the machine. The features, functions, and the fancy led display often take...

Butter In Coffee Isn’t As Crazy As It Sounds

Why would anyone want to put a chunk of fatty butter inside their coffee? I know, right. I thought the same thing until I gave this coffee concoction a try out of boredom, and I’m glad I did. Even though this butter...

Do K-Cups Expire? How Long Before They Go Bad

Coffee pod machines started to appear in the mid-2000s and quickly became popular with consumers thanks to brands like Keurig and Nespresso being the dominant companies developing these new coffee makers. Since then...

In this article, I will be focusing on the classic Americano Coffee. This coffee style is the backbone of many high street cafes but is often lost in the menu and shadowed by other popular drinks such as lattes, mochas...